Australia: Serious Misconduct for an Employee's Refusal to get Vaccinated

What was the case about?

This case involved a Wellways' Officer, Mr Colwell. Mr Colwell's role was to match service providers with clients. His employment contract specified simply 'Geelong' as his place of work. Since starting this role, he had performed it entirely from home due to the Victorian government's then 'work from home' orders. Mr Colwell was not covered by the Victorian Chief Health Officer's mandatory vaccination Directions (Directions). His role did not require face-to-face contact with clients or the general public. He was also the only member of his direct team based in Victoria.

Wellways introduced a COVID-19 vaccination policy requiring all staff (including those not covered by the Directions) to receive their first COVID-19 vaccine dose by 31 December 2021, and their second dose by 11 February 2022.

Mr Colwell confirmed that he had no intention of complying with the policy. After undertaking a show cause process, Wellways dismissed Mr Colwell summarily on the basis of his inability to perform the inherent requirements of his role.

Mr Colwell alleged that his dismissal was unfair for reasons including that:

Was the policy lawful and reasonable? - The consultation issue

Yes. Wellways' consultation was appropriate and did not render the policy unlawful or unreasonable.

The FWC accepted Wellways' timeline of evidence that:

Mr Colwell argued that seeking staff feedback after the dissemination of the policy was too late and inconsistent with the Full Bench of the FWC's decision in Mt Arthur Coal. He also asserted that he was not consulted about the policy.

The FWC found that although Wellways could be criticised for the very quick timeframe, they were operating in 'uncertain times' and there was an opportunity for employees to comment on the policy. The FWC found no evidence that the views of staff were not taken into account. Further, the FWC was satisfied that Mr Colwell did express views about the policy and that Wellways considered and addressed them. However, the fact that Mr Colwell's views were not reflected in the policy did not mean that he was not properly consulted. The FWC also confirmed that Wellways did not have an obligation to accept any variation to the policy put forward. Rather, its obligation was to give consideration to any proposed changes.

Was the refusal to comply with the vaccination policy a valid reason for the dismissal?

Yes. The FWC found that the policy was properly made. The FWC was also satisfied that Wellways' work health and safety obligations to staff and clients meant that the policy response was reasonable.

Given that Mr Colwell did not provide evidence of vaccination by the relevant dates, he failed to comply with a lawful and reasonable direction.

Accordingly, the FWC found that Wellways had a valid reason for his dismissal.

Other relevant matters going to harshness – returning to work

The FWC rejected Mr Colwell's argument that the reference to 'Geelong' in his contract (not a specific location in Geelong) meant he could continue to work from home. The FWC stated that Wellways could direct Mr Colwell to return to the office, or to work in a particular office location, in Geelong provided it did so lawfully and reasonably. The working from home arrangements were a response to the pandemic and there was nothing in Mr Colwell's contract suggesting that his 'home' was intended to be his ongoing place of employment.

The FWC did note that Wellways' decision to dismiss Mr Colwell before setting a return to work date may have been premature. And indeed in some cases the timing of a return to work direction can be decisive in determining whether a dismissal was harsh, unjust or unreasonable. In this case, however, this issue was mitigated by the fact that Mr Colwell made it clear that he would not be vaccinated under any circumstances. It was also relevant that Mr Colwell requested that the disciplinary outcome process be expedited by Wellways. Wellways' direction was therefore reasonable and lawful.

Was there serious misconduct?

Yes. For conduct to amount to serious misconduct, it must be 'willful and deliberate behavior' inconsistent with the continuation of the contract of employment, or conduct which causes a 'serious and imminent risk' to health and safety of others. Given that Wellways had not set a return to work date, the FWC was not satisfied that Mr Colwell caused a serious risk to the health and safety of others at the time of dismissal. However, the FWC was satisfied that Mr Colwell's refusal to comply with the policy regardless of its terms was willful misconduct.

Ultimately, in this case, the FWC decided that failing to provide Mr Colwell with notice (or pay in lieu of notice) did not render the dismissal harsh – this may not always be the case depending on the facts.

What this means for employers

This case reaffirms that implementing a mandatory COVID-19 vaccination policy (even for employees not covered by mandatory public health orders requiring vaccination) will, in many cases, be a lawful and reasonable direction. However, effective consultation remains an important consideration.

Despite a so called return to 'normal', we are continuing to work with many clients to navigate the ongoing challenges of COVID-19 including: 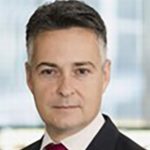 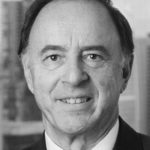 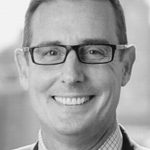