Less than half of senior executives include IP in board-level decisions on a regular basis, new research from international law firm Gowling WLG has revealed.

While the vast majority of senior executives (93 per cent) said IP is important to their business, only 45 per cent of those surveyed include it in board-level decisions.

Gowling WLG's tech disruption and IP report, Swipe Right: Smart Choices in Disruptive Times, looks at 12 innovations that are at various stages of development and examines them from the perspective of IP strategy. Some of the innovations, like 3D printing will revolutionise specific industries, while others like artificial intelligence (AI), connectivity/Internet of Things (IoT), and blockchain, are already either inherent elements within new products now or promising to disrupt a broad range of sectors in the future.

But while it is widely accepted that IP strategies should take a short-, medium- and long-term view, our research shows that short-term outlooks (1-2 years) are often neglected, with just 18 per cent of legal heads saying a short-term strategy is in place.

Gowling WLG's report also revealed other differences between the C-suite and legal heads that could prove significant in markets affected by new tech. The C-suite thought start-ups were a greater risk than their IP colleagues, revealing their market knowledge. They also put IoT/connectivity above other disruptive technologies.

Meanwhile, the research shows some sectors are lagging behind the rush to China's domestic market, with only 34 per cent of respondents' portfolios including filings made in China - despite the market being the fastest-growing in the world, outpacing the US and Europe in patent filings.

Commenting on the findings, Gordon Harris, partner and co-head of global IP at Gowling WLG, said: "The IP system is slow, imperfect and, at times, expensive, but it is also the innovation economy's 'central bank'. Business leaders who understand it is a commercial, not just a legal, priority will be active players rather than bystanders in the disruptive markets of the near future.

"It is extremely interesting, and somewhat worrying, that our research has revealed that IP is being neglected in many board-rooms and that under half of the C-suite said it was 'very important' to their companies. This outlines the importance of all employees needing to be trained about IP rights - from the CEO down. Do not imagine there is an IP silo - it pervades the entire business.

Alexandra Brodie, IP partner and co-chair of global tech at Gowling WLG, added: "The findings show that IP is very important across all the major likely growth technologies of the next few years. Whether it is general tech, in terms of AI, robotics or autonomous vehicles, or the increasing correlation between tech and healthcare, wearables, diagnostic equipment, energy… IP is involved in all of these things on all levels. It's not going to go away and it is getting much more significant."

The full report Swipe Right: Smart Choices in Disruptive Times can be downloaded at https://gowlingwlg.com/ip-tech-disruption.

The sample comprised 400 C-suite, general counsel and heads of IP in companies with 1,000+ employees based across EMEA, North America and APAC. 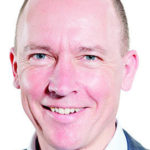 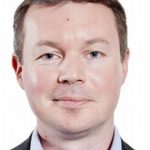