Foreign VC funds, in general, do not require any regulatory approvals prior to investing in Brazil for the first time, but need to register the investment with the Brazilian Central Bank, enroll with the National Corporate Taxpayer Registry (CNPJ), and appoint a legal representative in Brazil upon remitting the relevant funds.

If the foreign VC fund already has investments in Brazil, further investments may be subject to merger control procedures before the Brazilian antitrust authority, as further detailed in question 4 below.

There are certain regulated sectors, however, that require either approval prior to signing or confirmation of licensing procedures with relevant authorities after the transaction is closed. Examples of such regulated sectors that are the object of interest from foreign investors currently are: financial, insurance, health, telecom, energy, and education[2].

There are, generally, no restrictions on a foreign VC fund acquiring control or influencing operations of a private company. However, there are certain regulated sectors that may impose restrictions on the percentage of equity interest or other rights held by foreign entities or individuals. For instance, as a matter of border control and national security, the Brazilian Federal Government currently applies and enforces restrictions to the direct or indirect acquisition or lease of rural properties in Brazil by: (a) foreign individuals, (b) foreign entities, or (c) Brazilian companies with the majority of their capital or corporate control directly or indirectly held by foreign entities or individuals.

Parties are considered as the consolidated economic groups to which they belong.

For the purposes of calculating the turnover, the Brazilian antitrust authority (“CADE”) considers as part of the same economic group the companies that are subject to a common control (internal or external) and companies in which any of the companies under common control has, directly or indirectly, at least 20% of the voting or share capital.

CADE may require the submission of any transaction within a period of one year as of its closing date, even if it did not satisfy the notification thresholds mentioned herein.

Filing is mandatory whenever the transaction produces any effects in Brazil and satisfies the double Brazilian turnover jurisdictional threshold. The only exception contained in the Brazilian Competition Law concerns joint ventures, consortia or associative or collaborative agreements with the specific purpose of participating in public bids and the agreements derived from these public bids.

Also, foreign-to-foreign mergers must provide notice whenever they produce or can potentially produce effects in Brazil and the double Brazilian turnover jurisdictional threshold is met. The concept of “effects” for the purposes of Brazilian merger notification are defined very broadly to include the presence of assets or legal entities in Brazil or revenues originating in Brazil related to the business involved in the transaction, even if through exports only. There is no “minimum or sufficient effects” test in place, and even minimal sales or revenues generated in Brazil can trigger a notification.

On certain occasions, CADE has decided that it has jurisdiction over foreign-to-foreign/international transactions, in cases where a worldwide relevant market definition is possible, and the economic groups are active in the directly affected and/or related market(s) in Brazil.

As venture capital investors usually invest in businesses that already exist and are relatively structured in a start-up stage, but that still do not generate income, this type of investment entails a material risk element. This is another driver of the VC investment: undertaking an active role in the management of the invested company. As such, VC investors in Brazil usually make direct investments that entail the transfer of control via purchase of shares or alternate instruments such as convertible debentures or stock option agreements. However, because Brazilian courts can pierce the corporate veil for certain labor, tax, environmental, and consumer liabilities, among others owed by the invested company, it is common to structure VC investment with the inclusion of blockers and possibly Brazilian holdings as vehicles for the investment, thus creating layers between the possible seizing of assets and the final VC investor.

The final structure of the investment will likely undergo an analysis related to tax efficiencies, costs related to the housekeeping of Brazilian holding companies vs. blockers incorporated in other jurisdictions, and possible antitrust issues, among others.

No. Securities regulation and legislation in Brazil apply uniformly to all investors and shareholders of a public company, regardless of domicile.

The transaction instruments (i.e., investment agreement, the share purchase and sale agreement, and the shareholders’ agreements) give the investor contractual protection regarding the investment in the company. Among the provisions that may be included in these documents, the following protections are fairly common:

· general governance provisions regarding the management structure of the company, including: composition and attributions of the Board of Directors, executive officers and any committees to the extent applicable, as well as rights of appointing their relevant members, as attributed to certain shareholders;

· exit mechanisms and protections, by way of obligations of the invested company to become a publicly held corporation subject to certain parameters, drag-along rights, tag-along rights, liquidation preference upon the occurrence of certain deemed liquidation events, redemption of shares, and/or put/call option rights;

· obligations of a third party that becomes a shareholder of the invested company to adhere to the shareholders’ agreement, in writing (joinder);

· covenants in relation to the conduct of the invested company’s business between signing and closing, if closing is delayed as a consequence of being subject to conditions present;

Traditionally, VC investors (whether Brazilian or foreign) rely on representations and warranties provided under investment documents, respective contractual indemnities, and the right to claim damages and specific relief in law.

The offer of M&A insurance in Brazil is further curtailed because Brazilian legislation and SUSEP’s regulation prevent the contracting of foreign insurance products for risks located in Brazil. Although foreign VC investors may still contract insurance within their own jurisdictions according to respective applicable legislation, having an insurance company remit funds to Brazilian target companies to cover losses that were not covered under a Brazilian-issued insurance product may prove difficult. Typically, foreign VC investors choose to receive the amounts owed under the foreign insurance and remit amounts to the target company, as applicable or necessary.

Brazil offers most of the exit alternatives sought by VC investors across the globe, such as: (i) sale of the invested company to a buyer within the same industry (i.e., sale to a strategic buyer) or to another private equity or venture capital investor; (ii) secondary public offering and listing of securities issued by the company in the local stock exchange / over-the-counter market and/or other foreign stock exchanges or similar capital markets; (iii) exercise of contractual rights (namely put option and drag-along rights); and (iv) redemption of shares/repayment of debentures convertible into shares.

Selling companies to strategic buyers has been the most common way of exiting venture capital investments in Brazil. Among other factors, this is likely common because some industries in Brazil are still relatively fragmented, which provides opportunities for consolidation of certain local markets.

Exiting upon the exercise of contractual rights (namely drag-along or put option rights) tends to be rare. These provisions generally work as protections to investors against misalignment of interests with other shareholders. In addition, enforceability of these provisions has been tested little in the context of dispute resolution in Brazil.

Finally, a VC investor may also exit by requesting that the portfolio company redeems its shares (provided that they are structured as redeemable shares) or repays its convertible debentures into shares. This is also uncommon in practice, first because the company must have available reserves for these purposes, and second because only VC investors would be able to monetize their position, which could be potentially destructive in terms of value for the company and its remaining shareholders. In most cases this would be the last resource pursued by a VC investor and would typically be used with the purpose of recovering at least a portion of the capital invested in an underperforming venture.

In recent years, a combination of regulatory and macro-economic factors has driven significant growth of the Brazilian capital markets, turning it into a realistic alternative for investors to monetize their investments[4].

In addition, it is likely the shareholders’ agreement determines that the invested company can only trade securities under the rules of a special listing segment, which may also include certain additional parameters that may increase the likelihood of a successful disposal of shares, such as a book-building process where at least a certain number of well recognized institutional investors are approached and demonstrate interest in the offer, valuation of the invested company exceeds a certain threshold, etc. These are usually labeled “Qualified IPOs.”

Challenges related to going public in the Brazilian capital markets, however, include, among others: (i) significant costs and regulatory bureaucracy that needs to be very well studied in order to enable certain cost efficiencies in the decisions involved with the process of going public[5]; (ii) significant increase in costs related to corporate structure (hiring auditors, independent members of the Board of Directors, creating the role of ombudsman, comptroller, and investor relations departments, etc.); (iii) loss of control of sensitive information and publicity of financial and strategic information, specifically by means of the prospectus[6].

[1] ABVCAP is a non-profit organization that represents the private equity and venture capital industry and promotes the development of long-term investments. The survey mentioned in this guide is named “Inside VC” and is available in Portuguese athttps://www.abvcap.com.br/pesquisas/estudos.aspx?c=pt-br.

[3] AIG was pioneer in having SUSEP approve the first M&A insurance product in Brazil and its website currently states that their coverage is suited for deals within the range of USD 20 million and USD 1 billion, available at https://www.aig.com.br/seguros/seguro-m-and-a.

[4] As can be seen by the Data Consolidation 2019 Report published by KPMG and ABVCAP, available at https://www.abvcap.com.br/Download/Estudos/4166.pdf.

[5] Such decisions can vary from accurately understanding the size of the IPO, to the need to include intermediaries and underwriters in the process (and which), to the need or not to print physical copies of the prospectus.

[6] Findings of a case study of the first mid-level company to go public in Brazil in 2013, available in Portuguese at https://www.abvcap.com.br/Download/Artigos/3584.pdf. 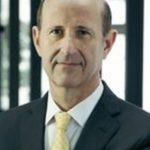 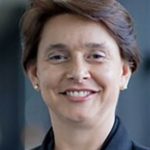