Venture capital (VC) funds in Japan mostly invest in the IT-related sector (52.8% of the total investment amount for FY2018[1]) and in the bio/medical/healthcare sector (19.9% of the same). The computer and related equipment/IT service sector, which comprises 44.9% of the same has received the largest investment from VC. The bio/pharmaceutical sector makes up 13.6% of the same.

The following are three types of restrictions on investments by offshore venture capital funds in Japanese companies:

· Prior Notification requirement under the Act on Prohibition of Private Monopolization and Maintenance of Fair Trade of Japan (“Antimonopoly Law”); and

If a foreign investor intends to acquire 10% or more of the shares of a target company whose business does not include a Designated Sector,[2] as a general rule, the investor is required to file a report with the Bank of Japan (“BOJ”) after the acquisition.

To operate a business in communication, broadcasting, aviation or consigned freight forwarding sectors, a company must seek the approval of competent authorities. If a foreign corporation holds a certain number of voting rights or more in the company or if non-Japanese officers occupy a certain number of officer positions in the company, such approval will not be granted. This may restrict the offshore venture capital funds’ investment in the above sectors.

3) Are there any legal limitations to an offshore venture capital fund acquiring control or influencing the business, operations or governance of an investee entity?

Yes. Under the Antimonopoly Law, an investor (a member company or group of combined companies whose domestic total sales exceed JPY 20 billion) is required to file prior notification with the Fair Trade Commission (“FTC”) if they intend to acquire shares in a target company (a company whose domestic total sales plus such sales of its subsidiaries exceed JPY 5 billion), and if the ratio of voting rights in the target company held by the group of combined companies is expected to exceed 20% or 50% respectively after the acquisition..

As a general rule, the investor is prohibited from acquiring the shares for 30 days from the day on which the above prior notification is accepted by the FTC.

In Japan, using a stock company or a form of limited partnership (which is so called as “LPS”) to invest in venture capital deals is fairly common. One of the advantages of using an LPS is the ability to limit the liabilities of investors to the amount of the investors’ investment. In addition, an LPS enjoys preferential tax treatment.

For investors it is common to subscribe for a share class providing certain preferences or privileges. In particular, a combination of the following share structures are often used: (i) preferred shares for distribution of surplus, (ii) preferred shares for distribution of residual assets, (iii) shares with put option in which a company is obliged to purchase the shares upon shareholders’ demand, and (iv) shares subject to call in which a company is permitted to compulsorily purchase the shares.

Regarding shares with a put option in (iii) above and shares subject to a call option in (iv) above, conversion of such shares into ordinary shares is generally conducted before listing the shares. A company is permitted to compulsorily convert shares that are subject to a call option. However, if the ordinary shares converted to be delivered as consideration include a fractional share, and while such shares are held by shareholders who are unwilling to accept the conversion, court permission is required, which takes considerable effort and time. To avoid this situation, a company can issue the above shares with a put option to shareholders and set forth in a shareholders’ agreement an obligation of shareholders to exercise their put options when the board of directors decides to go public.

There are several exit mechanisms adopted by venture capital companies such as M&A, IPO and liquidation. In Japan, M&A including disposition of shares (62.8% of the total exit cases in FY2018[3]) and IPO (21.1% of the same) are the methods primarily adopted. In particular, selling shares to other companies and secondary funds (29.3% of the same) is the most common, followed by the repurchase of shares by the company owners (23.1% of the same).

The challenges inherent in IPO are as stated in 10) below.

In the past, an IPO was the most predominant exit method in Japan. Nowadays, however, because of the negative image associated with M&A, such as hostile acquisitions or forced selling, use of this exit method has waned. Due to the challenges related to an IPO, as stated below, the number of exit cases through M&A has been growing.

An IPO requires time to prepare for and is generally costly. The same is true to maintain a listing. Major shareholders who may be obliged to hold their shares for a certain period of time (e.g., a 90-day or 180-day “lock-up period”) are not permitted to sell their shares or earn capital gains on them before the end of the lock-up period. Furthermore, an IPO is subject to insider trading regulations under the Financial Instruments and Exchange Act of Japan. A system supplementary to the regulations has been established, under which a listed company is entitled to claim a return of capital gains earned by a major shareholder who actually holds 10% or more of the total voting rights if such shareholder earns the gains from short-term trading (i.e., before the end of the lock-up period).

[2] The Japanese government has designated certain sectors that require protection, which include national security, maintenance of public order, safeguard of public safety and smooth functioning of Japanese economy. 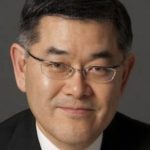 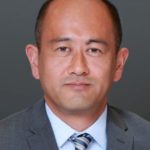