Sectors in which venture capital funds invest in the Luxembourg market are often related to development and integration of new technologies in the financial center in Luxembourg, which serves as catalyst for developments in this sector and is supported by several public and private innovation hubs. Notably, fund services and related support for the asset management industry, as well as payment services and related activities have been a focus of development. Others include blockchain applications in various sectors.

However, certain major VC investments have also occurred in big data, small data, and in the logistics sector.

Venture capital funds do not require an approval before investing in Luxembourg subject to any compliance requirements that apply to them or their managers pursuant to the laws of establishment of the fund vehicle. Venture capital funds established in Luxembourg may, for example, opt in to the SICAR or EuVECA regimes which would require prior approval or notification to the local regulator, CSSF, before commencing operations.

Offshore venture capital funds that have registered for marketing in one or more European Member States pursuant to Art. 42 of Directive 2011/61/EU of the European Parliament and of the Council of June 8, 2011 on Alternative Investment Fund Managers (AIFMD), will need to proceed with an acquisition of control-filing and ensure compliance with Art. 26 AIFMD seqq. under certain circumstances. These circumstances include where controlling stakes (331/3 % or 50% of voting rights depending on whether the entities are listed or not) are acquired and the investee entity does not qualify as a small and medium-sized enterprise within the meaning of Article 2(1) of the Annex to Commission Recommendation 2003/361/EC of 6 May 2003 concerning the definition of micro, small and medium-sized enterprises (i.e., enterprises which employ fewer than 250 persons and which have an annual turnover not exceeding EUR 50 million, and/or an annual balance sheet total not exceeding EUR 43 million). When an AIF acquires (or subsequently increases) a non-controlling stake (starting with a 10%-stake) in a non-listed company, it will need to inform the regulator pursuant to Art. 27 AIFMD.

Luxembourg has not established foreign direct investment controls in its national legislation, but it has followed the strong recommendations of the EU Commission to all EU Member States to introduce a regime with a proposed bill of law (bill n°7578 of May 19, 2020). The bill is still subject to change, but aims in its current form to introduce a foreign direct investment control regime in accordance with the provisions of the FDI Regulation, notably a requirement that an investor wanting to acquire at least 10% of the shares/voting rights in a Luxembourg-based enterprise submit a prior notification for authorization. If the appropriate authorities are not of the opinion that a foreign direct investment may affect security or public order, or essential national or European interests, they should authorize the transaction in a period not exceeding three months (which can be extended to four) from the date of receipt of the notification of planned investment.

Investments not using a fund vehicle are often made through private limited companies (S.à r.l.) or public limited companies (S.A.), which offer flexibility to accommodate the typical venture capital contractual terms (see under 7) and is largely used in international transactions. Both can accommodate foreign investors without restrictions. Additional authorizations that may be required for the business of the investee company (if any) can be obtained for both.

Luxembourg law does not provide for specific restrictions for venture capital investors in public companies.

Luxembourg formed an economic union with Belgium in 1925, which has been adapted several times (the Belgium–Luxembourg Economic Union or “BLEU”) with the purpose of setting up regional economic integration primarily based on a common external trade investment policy, customs and excises union. While the European Union achieves many of the objectives of BLEU, Luxembourg has, through BLEU together with Belgium, entered into over 100 bilateral investment treaties, which foresee protections of foreign investments on the basis of the model agreement (https://investmentpolicy.unctad.org/international-investment-agreements/countries/122/luxembourg).

Typical contractual protection mechanisms for the investment of a venture capital investor can also be found in Luxembourg investee companies: An investor can typically require observer seats, or, if desired, a board seat (no requirements of qualification or nationality to the extent the investee company is not subject to regulatory oversight). Important matters (including budget approvals, large expenditures, mergers and acquisitions, control rights in relation to an exit) are usually made subject to approval by investors.

The vesting timeline of founder shares to are regularly an important part of the investments, which would include typically a 48-month vesting, with a one-year cliff and possible accelerated vesting in case of exit. Both participating and non-participating liquidation preferences are common. Anti-dilution protections through subscription rights for new financing rounds and down round protections in early-stage investments have been common recently. Given financing needs and the rather difficult environment through the COVID-19 crisis, one could observe a larger portion of financing through convertible bond pre-funding rounds, as well as the

granting of significant discounts on future pre-money valuations, and bridge financing up to a subsequent financing round. Regular and extensive reporting on financial and non-financial KPI is typically foreseen in investment agreements.

Warranty and indemnity insurance is frequently used in transactions exceeding a certain size, but remains rare in the Luxembourg VC context.

Exit mechanisms include notably the sale or a combination transaction with a strategic investor (such as banks or financial institutions), the operator of an investment exchange, or a competitor in the framework of an international expansion.

Secondary transactions have also been available, mostly for targets having reached greater maturity, but also through specialized secondary fund investors.

Finally, in the current market environment, an exit through the listing on a public market has become more frequent.

IPOs are not the usual exit route in a Luxembourg VC context. 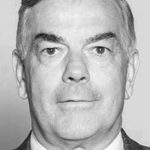 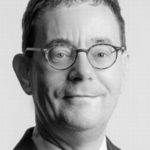 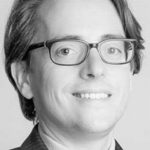