No, venture capital funds do not require any approvals before investing in Paraguay.

If the target company is a sociedad anónima (corporation), unless otherwise stated in the bylaws, shares can be freely transferred. Shareholders are required to provide notice of the acquisition of shares to the Subsecretaria de Estado de Tributación (local tax authority) and the Abogacia del Tesoro (corporate surveillance governmental agency) of the Ministry of Finance.

Except for the latter and the requirement stated in our response to question 4 of this Guide, there are no other rights or obligations applicable to the shareholders resulting from a change of control.

Shareholders have the right to appoint the members of the board of directors (the “BoD”) or a sole manager; to review and approve the financial statements and the BoD or the sole manager’s report; and to remove the members of the BoD or the sole manager. Should a shareholder, who is a natural person, be a director of the company at the same time, then such person may also be liable for any (i) omission or negligence; (ii) breach of laws or regulation while acting as director; (iii) other damages caused to the company or third parties while acting as director resulting from willful misconduct, abuse of power, or gross negligence. This is applicable for all directors, regardless of whether they are also shareholders.

If the target company is a sociedad anónima, decisions made by the shareholders are subject to the following requirements:

ii. Shareholders have the right to vote in person or by proxy.

iv. Any shareholder (notwithstanding the percentage of shares held) has the right to challenge the decisions made by shareholders.

If the target company is a sociedad de responsabilidad limitada, decisions by the shareholders are subject to the following requirements:

i. Notice of shareholders’ meetings must be delivered to each shareholder. There is no publication requirement or mandatory waiting period.

ii. Unless otherwise stated in the bylaws, quorum and voting requirements established for a sociedad anónima will apply.

Any shareholder (notwithstanding the percentage held) has the right to challenge the decisions taken by other shareholders.

Under the Paraguayan merger control system, the obligation to notify a transaction to the Paraguayan competition authority is triggered by the signing of the agreement to acquire, sell or exchange a controlling share, provided that any of the following thresholds are met:

i. the transaction will result in the acquisition or holding of a 45% market share, or higher, of a relevant market; or

ii. the aggregated turnover in Paraguay of the parties to the transaction, during the last fiscal year preceding the relevant agreement, is above USD 100,000 minimum.[1]

The sociedad anónima is the preferred structure for investment in venture capital deals, since shares can be freely transferred, and also considering that local laws provide for stricter rules as to the administration, constitution and control of such companies.

In contrast with corporations, if the target company is a sociedad de responsabilidad limitada, unless otherwise stated in the bylaws, shares cannot be transferred to third parties without consent of the shareholders and bylaw modification.[2]

No. Securities regulations in Paraguay apply uniformly to all investors and shareholders of a public company, whether they be natural or legal persons, or national or foreign, and regardless of domicile.

Paraguayan law grants equal treatment to foreign and domestic investment, except for the ownership of land near borders by foreigners. Sectors reserved for the Paraguayan state are not open to private investment (either domestic or foreign).

In order to improve the business and investment environment, Paraguay has developed and implemented reforms of its judicial system, including the introduction of amendments to the Criminal Code (made effective in 2009), with stricter provisions concerning money laundering, human trafficking and intellectual property rights.

Paraguay is also a member of the Multilateral Investment Guarantee Agency, which offers foreign investment guarantees for non-commercial risks in developing countries, as well as dispute settlement services for the investments covered. Paraguay has also accepted the terms and conditions of the Overseas Private Investment Corporation of the United States of America, which finances and insures investment projects against risks such as the non-convertibility of currency, expropriation and political violence, inter alia.

There is no market practice of warranty and indemnity insurance in our jurisdiction.

Pursuant to Law N° 827/96 “Of Insurance and Reinsurance”, article N° 125, no insurance company can cover risks in Paraguay without authorization from the Superintendency of Insurance (Superintendencia de Seguros).

Since there is no regulation regarding exit mechanism for transactions, these mechanisms are usually agreed upon by the parties in their shareholder’s agreement. Common exit mechanisms include management buyouts and secondary sales.

Exits via an IPO are not often chosen by investors after a venture capital investment in Paraguay.

However, if the investor decides to pursue and IPO, the offering could be done either through local licensed entities (registered brokers) or on a private basis. This would not create onerous challenges, provided that it is conducted under the Private Placement Exemption described below:

· On a strictly limited and discrete basis (i.e., only to a limited number of pre-selected individuals). Any contact made with a potential investor should be on a personal basis (one person at a time) to avoid the sale being interpreted as a public offering.

· From outside of Paraguay (i.e., via emails/post/website/phone calls) or on a limited fly-in basis.

· Where an appropriate legend is used on all marketing materials (see 4.1 above) and where information on (a) liability, (b) risk and (c) profitability are properly disclosed (the “Private Placement Exemption”).

Nevertheless, the offer and sale of Securities would be considered a public offer if it is not conducted under the Private Placement Exemption. This would trigger registration requirements and in the case of non-compliance, the application of sanctions.

[2] Bylaw modification must be approved by the Abogacia del Tesoro and then registered with the Registry of Legal Persons and Associations of the Public Registry of Commerce.

[3] The list and text of all the treaties is available at: https://investmentpolicy.unctad.org/international-investment-agreements/countries/164/paraguay 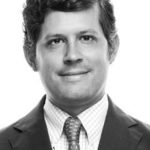