There are no general regulatory restrictions or foreign investment notification or approval requirements applicable to investments in Singapore-incorporated companies.

However, please note that:

a. companies that operate in certain specified sectors are subject to foreign ownership restrictions, for example newspaper and broadcasting companies; and

b. the ownership of shares exceeding prescribed thresholds in companies operating in certain regulated sectors would be subject to certain regulatory approval or notification requirements, for example, licensed banks and insurers incorporated in Singapore, capital markets services license holders as well as holders of other licenses issued by the Monetary Authority of Singapore ("MAS"), trust companies and certain designated telecommunications and electricity licensees.

Venture capital investments in Singapore by venture capital funds typically relate to start-ups which are private companies (rather than public companies, listed or unlisted). Control or influence over the business, operations, or governance of such start-ups are affected via contractual arrangements (for example, reserved matters and board seats) and are commercially negotiated. The extent of control or influence would depend on the bargaining positions of the founder(s)/start-ups and venture capital funds.

There are restrictions applicable to the ownership of shares in companies operating in certain sectors. Please refer to question 2 above for examples.

Similarly, the appointment of directors, officers and/or senior management personnel of companies operating in certain regulated sectors is also subject to regulatory approval, for example, licensed banks and insurers incorporated in Singapore, capital markets services license holders as well as holders of other licenses issued by the MAS, trust companies and certain designated telecommunications and electricity licensees. Such requirements apply regardless of whether the investor is local or offshore.

a. where the investor acquires such number of shares which, taken together with shares already held by itself and by parties acting in concert with it, amount to 30% or more of shares carrying voting rights of the company; or

In terms of corporate governance, every Singapore-incorporated company is required under the Companies Act (Chapter 50 of Singapore) ("Companies Act") to have at least one director who is ordinarily resident in Singapore. Companies listed on the Singapore Exchange Securities Trading Limited ("SGX-ST") are also subject to the Code of Corporate Governance, which generally requires the board of directors of such listed companies to exhibit a strong element of independence (i.e., the board should comprise an appropriate number of independent directors).

Mergers which substantially lessen competition in any market in Singapore are prohibited under Singapore's Competition Act (Chapter 50B of Singapore). For this purpose, a "merger" would include an acquisition of control via a share acquisition, and may also include acquisition of minority stakes where accompanied by veto rights over strategic matters, e.g., appointment of senior management, budget and business plan.

While there is no mandatory requirement for mergers to be notified to the Competition and Consumer Commission of Singapore ("CCCS"), merger parties may voluntarily notify their transaction to the CCCS to seek confidential advice or a decision on whether the transaction will substantially lessen competition in Singapore. The CCCS has also indicated that mergers which raise serious anticompetitive concerns should be notified, and parties that fail to do so would risk the CCCS subsequently investigating the transaction and facing penalties or divestiture orders should the CCCS find that the merger has resulted in a substantial lessening of competition in Singapore.

As such, merger parties should assess if a transaction may raise competition concerns in Singapore, so as to decide whether a voluntary merger notification to the CCCS should be made.

In the seed/early-stage (pre-Series A) financing rounds of a start-up company, investors can consider entering into a Convertible Agreement Regarding Equity ("CARE") with the investee start-up company. The CARE is a model agreement prepared by the Singapore Venture Capital & Private Equity Association in collaboration with the Singapore Academy of Law and various law firms, and is based on the Simple Agreement for Future Equity (also known as the SAFE note) commonly used for VC deals in the United States. Pursuant to the CARE, the investor makes a cash investment in exchange for the right to receive shares in the investee entity or cash proceeds (or such other assets as applicable) upon the occurrence of certain events. The CARE template affords investors the flexibility of customizing and tailoring template provisions to suit their investment needs.

Please also refer to question 3 above for further details on certain rules and requirements applicable to the acquisition of shares in and the governance of public companies.

Usual contractual protections for venture capital investors (who are likely to be the minority shareholders of the investee company) include reserved matters, anti-dilution, liquidation preference, pre-emption rights over issuances of new shares, transfer restrictions, rights of first refusal and co-sale rights. Venture capital investors are also usually granted certain corporate governance rights (such as the right to appoint directors or board observers).

Apart from contractual protections, minority shareholders are also statutorily protected under the Companies Act against acts of oppression, injustice and discrimination, or having their interests as shareholders disregarded, by the majority controllers of the company. A minority shareholder may make a court application to seek relief from the foregoing, and the court has broad discretion to make such order as it thinks fit to remedy or bring an end to the matters complained of. In cases where a case of minority oppression is made, Singapore courts have in some cases ordered that the majority buy out the minority's shares (or vice versa) or that the company be wound up.

The use of warranty and indemnity ("W&I") insurance is becoming increasingly popular in private M&A transactions in and originating out of Singapore, especially as private equity firms seek exits from investments on a no or limited-recourse basis. That said, W&I insurance is not commonly obtained for VC deals.

Typically, a W&I policy will not provide the policyholder with protection in respect of specific indemnities that may arise from the buyer's due diligence or disclosure by the seller. However, it is possible to negotiate insurance for known and specific contingent risks such as tax and environmental liabilities. Please note that a practical challenge to the implementation of W&I policies is that factors such as policy coverage and deal complexity may delay the implementation process (in some instances, the entire process may take more than two months).

Exit mechanisms commonly adopted with respect to Singapore-based venture capital transactions include a qualifying initial public offering (which is often benchmarked against a pre-agreed minimum pre-money valuation of the company) ("Qualifying IPO"), right of co-sale or the redemption of preference shares (in cases where the investment is made by way of subscription for redeemable preference shares).

The availability of an exit via the exercise of co-sale rights by minority shareholders is dependent on there being a willing third-party buyer. It is also usual to contractually stipulate that shares sold pursuant to such co-sale rights shall be "on terms no less favorable" than the terms on which the majority's shares are proposed to

be sold, but this may not provide sufficient comfort for minority investors who may potentially get an undesirable valuation on the sale of their shares. One possible solution is to stipulate a price floor for shares sold pursuant to the exercise of co-sale rights.

The redemption of preference shares is subject to certain restrictions under the Companies Act. A start-up would need to have profits available to affect a redemption of shares (which would be unlikely in practice, as start-ups generally are not profitable and/or in the “cash burn” stage). Further, shares may not be redeemed out of the capital of the company unless the directors have made a solvency statement in relation to such redemption in accordance with the Companies Act.

A successful IPO exit is contingent on external factors such as market conditions (especially if parties have expectations regarding the pre-money valuation of the company) and regulatory and listing approvals. As listings and IPOs are heavily regulated, the process to execute a listing and an IPO may take between six months to one year or more to complete, depending on whether there are any issues that may be encountered during the listing process.

As mentioned at question 9 above, it is common for venture capital deals to provide an exit for shareholders via a Qualifying IPO as one of the exit mechanisms.

Also as mentioned above, there are challenges to achieving a successful IPO exit as factors such as market conditions and regulatory approvals would need to be considered and dovetailed appropriately. As an IPO would include an offering to the public, the regulatory requirements also tend to be more stringent and the consequential necessary diligence would also need to be undertaken by issue manager(s), underwriting banks and counsels. However, the IPO exit option remains popular as it is an opportunity for investors to realize value from an optimized portfolio which they otherwise may not be able to realize from a traditional third-party sale. 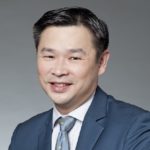 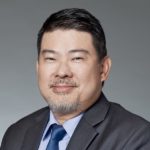