Venture capital funds in the United Arab Emirates (UAE) are primarily focused on technology and technology-enabled companies. Historically, there has been a heavy focus on localized versions of global e-commerce and urban mobility companies as well as digital content players offering Arabic language content. In the past year or two, there has been an increased interest in HealthTech (with COVID-19 driving a lot of the interest), FinTech, FoodTech, logistics and last-mile, and EdTech.

The promotion of foreign funds in the UAE would require the registration of the foreign fund with the UAE Securities and Commodities Authority and the appointment of a locally licensed promoter. However, if the foreign venture capital fund is intended to invest inside the UAE, it would not require any approvals, unless the investment involves a regulated sector (e.g., banking, energy, telecommunications, etc.), in which case the approval of the sector regulator may be required. The investment in the capital market is subject to trading conditions of each security, but generally, it is permitted.

The UAE is somewhat unique in that it contains multiple free zones, the most popular of which are financial free zones and are the Dubai International Financial Centre (DIFC) and the Abu Dhabi Global Market (ADGM), which come with their own financial regulators.

There are strict foreign ownership restrictions applicable to companies incorporated in the UAE, including federal law stipulating that companies incorporated in the UAE must maintain a minimum 51% UAE ownership at all times. Nationals of other Gulf Co-operation Council (GCC) countries do have expanded investment privileges, but investors with nationalities outside the GCC need to find an Emirati national or company to participate as a majority venture partner. Approvals may also be required for investments in companies involved in certain regulated sectors.

With that said, venture capital funds in the region rarely if ever invest in onshore UAE companies and will almost always insist on investing in companies incorporated in a permissive common law jurisdiction. Founders seeking to raise venture capital therefore invariably establish their main corporate vehicle (in which the IP sits and which consolidates all subsidiary operating enterprises) in such a jurisdiction. Sometimes these will include offshore centers like Mauritius, the Cayman Islands or BVI and increasingly, such companies will be formed in the Dubai International Financial Centre (DIFC) or the Abu Dhabi Global Market (ADGM) which are both financial free zones adopting laws that are based on English law.

While it is not common for a venture capital transaction to trigger competition law notification requirements if a venture capital fund is planning to procure either horizontal or vertical integration activities through its investment in horizontally or vertically related portfolio companies, it would be well-advised to undertake an antitrust analysis to understand the requirements of the local law in the jurisdictions in which its portfolio companies (or their group entities) are domiciled. Additionally, if a venture capital fund has a board seat or management rights in a portfolio company, the VC investor would be well advised to procure that its director(s) requires the company to undertake an antitrust analysis if, for example, the portfolio company is planning to acquire a competing business.

The UAE Competition Law provides that notification is required where a proposed “economic concentration” may affect competition in a relevant market, particularly to create or enhance a dominant position. Notification is required where any party to the transaction has a market share of more than 40% or the combined market share of all parties to the transaction is more than 40%.

The law does allow for certain exemptions however, such as sector-based exemptions and exemptions for SMEs. To benefit from the exemption for SMEs, the UAE law lays down criteria that must be fulfilled for a company to qualify as an SME, and the criteria is based on whether the entity operates in the trading, manufacturing/industry, or service sectors. With respect to the trade and services sectors, a company will be considered an SME if it has 200 or fewer employees and if its annual revenues do not exceed AED 200 million. For the industry sectors, the thresholds are 250 employees and AED 250 million. VC investors should note these thresholds as, in the early life of a tech start-up, the exemptions may apply but if the portfolio company scales beyond these limits, it will eventually be subject to the competition law regime.

The preferred structure typically depends on the growth stage of the investee company and the fundraising stage it has reached. Seed stage deals are normally undertaken on the simple agreement for future equity (“SAFE”) or keep it simple security (“KISS”) notes, but convertible loan note agreements are sometimes used as well. Occasionally, the first funding round is an equity round for ‘friends and family’ but without a shareholder agreement and this is followed by a convertible ‘bridge’ round to take the company to its Series A. The drivers behind which of these instruments is used tends to be the preference of the company or, more often, the lead investor in the round. The SAFE note is probably the most ubiquitously used convertible form in the UAE although, unfortunately, there are a few different forms of localized SAFE notes in circulation in our region. There is also no universal adoption in the UAE of the post-money version of the SAFE so both post-money and pre-money versions are used. Occasionally, a venture fund in the region will insist on the post-money form but many founders prefer the pre-money version and will try to raise on this form in the first instance.

As with most other markets, Series A rounds tend to be priced deals with preference shares issued to the Series A investor and with earlier convertible investors typically converting into the same share class as the Series A. Governance and participation rights tend to be similar to UK- or US-style VC deals. The same can be said for Series B and Series C growth rounds.

Aside from foreign ownership concerns, venture funds also favor financial free zones (such as DIFC and ADGM) because the typical investor rights in a venture deal are not capable of implementation or enforcement in relation to onshore or non-common-law free zones in the UAE. For example, separate classes of ordinary and preferred shares are not possible to implement in UAE companies. Additionally, any right that involves an advance agreement to issue or transfer shares (anti-dilution, drag rights, tag rights, ROFR rights, etc.) would not be enforceable.

Each publicly listed security in the UAE has its own trading conditions but generally, venture fund investments into locally listed companies is permitted.

Venture capital funds investing in companies incorporated in the common law financial free zones (such as ADGM and DIFC) enjoy the similar protections afforded to investors under other common law jurisdictions such as the UK, the Cayman Islands, or the British Virgin Islands.

Typically, protections are contractual in nature and would be enshrined in the Shareholders’ Agreement. These include protections relating to governance, economic participation, share transfers, etc. In the UAE, it is typical for VC funds to negotiate a typical suite of reserved matters at both board and shareholder level. Lead investors in priced rounds tend to get a board seat. Many regional VCs also now tend to favor a board with independent directors.

In terms of share transfer, contractual pre-emptions on the issue of new shares by the company as well as ROFO and ROFR rights on the transfer of shares by certain shareholders are standard. Investor-friendly claw-back/vesting provisions with respect to the founding shareholder’s share are also normal to see although anecdotally we do not see these all the time. With regard to economics, venture capital funds in the UAE will typically request liquidation preferences and anti-dilution protection provision clauses similar to those seen on US or UK deals.

It is not common for companies to have warranty and indemnity insurance in venture capital transactions, although such insurance may be seen at exit. There aren’t any legal or practical challenges associated with obtaining such insurance in the UAE.

There are three possible exit mechanisms available for companies in the UAE: a) a trade sale in which a controlling interest in the company, or a substantial portion of its assets, are sold; b) secondary buyouts where the venture capital investor sells its shares to other investors and/or the founders; or c) an initial public offering on a stock exchange (IPO).

Currently, the most common exit mechanisms in the UAE are trade sales and secondary buyouts, with exits by venture-backed companies through an IPO on local markets being quite rare. On the other hand, there have been a few examples of companies financed by VC funds in the region seeking to exit via a US or UK IPO.

As mentioned above, exit by way of an IPO is rather rare for companies in the UAE. Trade sales and secondary sales tend to be much more common. This is partly because a trade sale is regarded as being a lower-friction route but also because liquidity and volumes in the regional capital markets can be low.

Additionally, the listing and disclosure rules set by the SCA, and restrictions on foreign ownership may kick in depending on the listed business activity and the Emirate in which the company is incorporated. Also, rights issues by public companies can be quite time-consuming in the UAE for various regulatory reasons and this does serve as a disincentive to companies would like to list in order to access the capital markets for expansion capital. 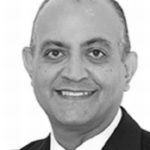