Argentina: Debt Issues and the Coronavirus

The Ministry of Economy of Argentina appointed the international firm Morrow Sodali as Information Agent of the process of restoration of the sustainability of public debt. Morrow Sodali, considered one of the main suppliers of strategic advice and services for shareholders for corporate clients, will be in charge of identifying public debt holders. The Ministry of Economy asks holders of external public debt bonds to report their identities and holdings in order to facilitate communication with them. The Information Agent will assist the Republic in the identification of the holders. It is the intention of the Republic to make use of the information to contact as many holders as possible in order to establish relationships and know their opinions. Any information collected through this process will be kept strictly confidential for the use of the Republic and its advisers. Morrow Sodali is headquartered in New York and London, and has a total of 700 corporate clients in 40 countries

Argentina between March and the first half of May 2020 must renegotiate private sector debt for approximately US $70 billion, to which another US $10 billion with foreign banks (including HSBC). It will also have to reach an agreement with the IMF for the debt of US $ 44.3 billion, all of the above secured during the government of Mauricio Macri, and resolve what will be done with the liability in pesos and currencies, but issued under national legislation. It would be about $ 325 billion total; which would exceed 70% of Argentine GDP.

IMF representatives Julie Kozack and Luis Cubedu held various technical meetings this week with members of the Minister of Economy. According to what a spokesperson for the IMF mission reiterated, the meetings were very productive with both officials of the Ministry of Economy and those held with the Ministry of Productive Development that Matías Kulfas presides. They emphasize that the meetings are aimed at deepening the understanding of the economic program of the authorities, including their debt strategy. The evolution of the Coronavirus is followed closely, which, if uncertainty continues, will undoubtedly make it more difficult to meet these objectives. The mission remained the whole week. No press release is expected.

ARGENTINE EXPORTS WILL BE AFFECTED BY THE CORONAVIRUS

Global exports fell $50 billion in February due to a shortage of Chinese imports and exports. The decline in sales of intermediate products, due to the Coronavirus, impacted mainly exports and imports from the European Union, the United States and Japan. It will be felt in Argentina. Chinese exports of parts and components, vital for world production, fell 2% year-on-year in February, which cost other countries and their industries $ 50 billion, as reported at the United Nations Conference on Trade and Development (UNCTAD). The second largest economy in the world, epicenter of an outbreak of Coronavirus that has spread to 75 nations, accounts for a fifth of the world trade in intermediate products, so many countries depend on their inputs. Consequently, the territories that suffered the greatest shipping losses due to the cuts in the supply chain were the European Union (EU), with almost US $ 15.6 billion, the United States, with US $5.8 billion, and Japan , which lost $5.2 billion.

CONCERN ABOUT THE ECONOMIC IMPACT OF CORONAVIRUS IN ARGENTINA

The eventual impact of the disease in the economy of Argentina if the world enters into a recession, without a doubt it will jeopardize Argentina’s economic recovery and its possibilities to repay its debt. The progression of the disease is already affecting some sectors, in particular, tourism activities. There is also concern about the impact on the price of commodities that will have the lowest world trade. World trade is a global network and today it is very difficult to think that any country may be immune to the consequences of a disease of which its evolution and cure is not yet known. This Tuesday the US Federal Reserve made the decision to lower the interest rate by half a percentage point (0.5) leaving it in a range of 1% to 1.5%. The monetary authority explained that while the fundamentals of the US economy remain solid, the Coronavirus poses ongoing risks to economic activity. This decision, instead of reassuring the markets, caused the opposite effect is that the lowering of the interest rate implied that the situation is more serious. Fears of a decline in the world economy or worse, a global recession, is what the IMF spokesman Gerry Rice led on Thursday to acknowledge that the body will revise its global growth forecast downwards. In this regard, a joint press conference will be held between Kristalina Georgieva and the head of the World Bank David Malpass on the Coronavirus. The International Monetary Fund and the World Bank reported that the traditional spring meeting will take place virtually. In view of the growing concern it raises, the management of the IMF and the World Bank Group have decided to put in place a joint plan to adapt the format of the 2020 Spring Meetings of the IMF and World Bank Group to a virtual modality.

For further information you can contact Carlos E. Alfaro at cealfaro@alfarolaw.com 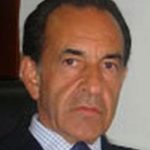 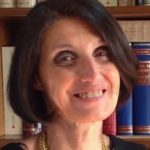 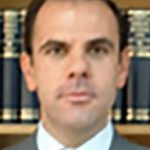 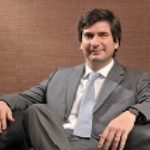