The Canadian federal government announced this week that it was invoking the never-before-used Emergencies Act1 in response to ongoing blockades and occupations arising out of the self-titled “Freedom Convoy” protests. As part of the emergency declaration, the government announced additional measures to help mitigate the risk of crowdfunding platforms being used to support illegal activity and broaden the scope of Canada’s anti-money laundering (AML) rules to cover crowdfunding platforms and the payment service providers (PSPs) they use.

Citing the damage that the blockades have inflicted on Canada’s economy and reputation as a reliable trading partner, the Canadian government declared the public order emergency by way of an order-in-council (Emergency Order) on February 14.2 The Emergency Order grants the Governor in Council broad powers to address the emergency, including by prescribing measures to regulate or prohibit public assembly, directing the provision of services, and – importantly – directing the regulation or prohibition of the use of property. The emergency declaration is effective immediately, but must be brought before each House of Parliament and confirmed within seven sitting days.

Obligations Under the Orders

The Emergency Economic Measures Order applies to specified financial entities already subject to the Proceeds of Crime (Money Laundering) and Terrorist Financing Act5 (PCMLTFA), including banks, credit societies, trust companies, loan companies and securities dealers, as well as entities that may not have been previously subject to the PCMLTFA, including entities that perform “payment functions”6 (i.e., PSPs) and crowdfunding platforms (collectively, Specified Entities). The term “payment functions” is broadly defined, and is largely consistent with the language used in the forthcoming Retail Payments Activities Act (RPAA), which we discussed in our June 2021 bulletin.

Specified Entities are required to determine on a continuing basis whether they are in possession or control of property that is owned, held or controlled by or on behalf of a “designated person” and to take further action to protect against such property being used for an illegal purpose (as more particularly described below). Although the obligation to “determine on a continuing basis” is not specifically described in the emergency orders, Specified Entities may look to guidance provided by the Office of the Superintendent of Financial Institutions (OSFI) to regulated financial institutions on the frequency and scope of sanctions screening obligations. Specifically, OSFI encourages such institutions to screen against relevant sanctions lists at least on a weekly basis, and more frequently as circumstances dictate or for larger institutions.

A “designated person” is defined as any person that engages in the activities prohibited by sections 2 to 5 of the Emergency Measures Regulations, including (i) participating in a prohibited public assembly;7 (ii) entering Canada with intent to participate in a prohibited assembly; (iii) travelling to or within an area where such assembly is taking place; or (iv) using, collecting, providing or otherwise making available property to facilitate or participate in any such assembly.

Under the Emergency Economic Measures Order, Specified Entities are required to immediately cease

The Emergency Economic Measures Order also includes directives specific to crowdfunding platforms and PSPs. If a crowdfunding platform or a PSP is in possession or control of property that is owned, held or controlled by or on behalf of a designated person, it must register with the Financial Transactions and Reports Analysis Centre of Canada (FINTRAC), the federal financial intelligence agency, and disclose to the RCMP or CSIS the existence of such property and any information about any transaction or proposed transaction in respect of the property. More generally, crowdfunding platforms and PSPs are now also required to

In the government press conference announcing the Emergency Order, Deputy Prime Minister and Minister of Finance Chrystia Freeland indicated that the government would also seek to permanently implement the emergency measures specific to crowdfunding platforms and PSPs through future legislation, resulting in the expansion of Canada’s AML and counter-terrorist financing regimes.

In her address, Minister Freeland acknowledged that the flow of funds to the blockades has highlighted the fact that crowdfunding platforms, and some of the PSPs they use, are not fully captured under the PCMLTFA. Entities subject to the PCMLTFA are required to register with FINTRAC, report large and suspicious transactions, implement compliance programs and satisfy various other reporting and record-keeping requirements.

The Minister’s comments ostensibly refer to the fact that FINTRAC does not consider certain payment processors to be MSBs subject to the requirements under the PCMLTFA. Interpretive guidance published by FINTRAC notes that, while certain entities may engage in the business of remitting or transmitting funds, the transfer of funds itself is merely a corollary of their actual service (payment processing) and, accordingly, such entities are not properly considered to be MSBs – for example, utility payment companies, payroll and commission service companies and, in some cases, entities providing settlements directly to merchants on behalf of the merchant’s customers for the purchase of goods and services.

Greater regulation of this subsection of the payments industry was already a priority for the federal government, which intends to bridge this gap with the introduction of the RPAA. As discussed in our June 2021 bulletin, the RPAA is a yet-to-be implemented retail payments oversight framework that will be administered by the Bank of Canada. Once in force, the RPAA is expected to regulate financial technology (fintech) companies operating in the payments space, including payment processors and other PSPs that may not otherwise be subject to the PCMLTFA. It remains to be seen how the RPAA will fit together with any future legislation that Minister Freeland indicated will make some of the emergency measures permanent.

As a result of the Emergency Economic Measures Order, crowdfunding platforms and their providers that have previously operated outside of the PCMLTFA may now be required to register with FINTRAC and comply with its requirements. The potential changes to the PCMLTFA, together with the forthcoming RPAA, signal that these entities, which previously operated in a regulatory grey zone, will need a robust framework to ensure compliance with both regimes in the future.

7 The Emergency Measures Regulations prohibit a person from participating in a public assembly that “may reasonably be expected to lead to a breach of the peace by: (a) the serious disruption of the movement of persons or goods or the serious interference with trade; (b) the interference with the functioning of critical infrastructure; or (c) the support of the threat or use of acts of serious violence against persons or property." 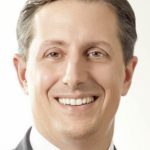 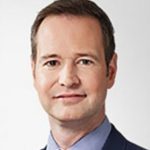