As widely reported by media this week, there has been an eruption of confirmed cases of COVID-19 in South Korea. Given that South Korea has the 5th largest export economy and is the 9th largest importer in the world, the recent COVID-19 outbreak will likely have a substantial impact on global businesses - particularly, cross-border sales transactions relating to, inter alia, supply chain businesses. Notwithstanding the government’s recommendation to telecommute or impose temporary shut-downs of workplaces, most businesses in South Korea are still maintaining normal operations. Given the rapid speed at which the circumstances are changing, however, your time-sensitive cross-border transactions may still become subject to additional or unprecedented hurdles. Such hurdles may include, for example, heightened scrutiny for customs clearance or delay in delivery of ordered products due to unexpected understaffing being imposed to minimize potential health risks.

Consequently, one of the widely discussed issues is whether one may invoke a force majeure provision to improve a company’s legal position in sales business arrangements. Indeed, companies which are already affected or may be affected by the COVID-19 outbreak must proactively look into this issue to better manage and mitigate all types of legal and/or business risks.

A potential scenario involving an impacted supply chain (or sales transactions in general) could entail a local supply contract, e.g., between your Korean subsidiary and its Korean supplier (or its Korean customer). Given the domestic nature of this scenario, this type of supply contract will be governed by Korean law unless the contract provides otherwise. Typically, the contract will include a provision applicable to the current situation borne by the COVID-19 outbreak (i.e., circumstances beyond one’s control) under the heading of “force majeure”. A force majeure provision generally identifies which incidents (e.g.,strikes, civil unrest, or war) the parties intended to categorize as force majeure incidents.

In the absence of such a clause or clear definition, you will need to refer to relevant domestic laws. Based on various statutory schemes applicable to force majeure, the Korean Supreme Court has defined force majeure as an “event beyond one’s control, which could not be foreseen or prevented despite the full exercise of ordinary means” (see e.g., Korean Supreme Court Decision, 2008 Da 15940, 10 July 2008). If a force majeure event in the foregoing nature arises, the relevant contractual obligations may be released and, accordingly, a breaching party’s liability for damages may also be discharged or limited. For example, Article 182 of the Korean Civil Act (and Article 54 of the Bills of Exchange and Promissory Notes Act) provides that a force majeure event may toll a limitation period for a contractual claim or would have a legal effect of extending delivery/payment dates. In this connection, under Article 390 of the Act, a breaching party’s liability for damages may be discharged in a force majeure situation given that the party’s non-performance was in fact caused in the absence of its own doing or fault. In light of this, one could reasonably assume that the current COVID-19 outbreak and the subsequent respective governmental preventive measures will very likely be taken as force majeure, having the effect of discharging contractual liabilities in various situations.

However, one should be aware that force majeure does not necessarily result in discharge of contractual obligations or liabilities,

In this regard, you will need to carefully assess the totality of circumstances based on all relevant facts taken together to ascertain whether an event that prevented a party’s performance of contractual obligations would actually fall under the scope of force majeure.

If your supply contract involves supply of goods between parties whose places of business are located in different jurisdictions, one of which may be South Korea, potential liability issues under the force majeure situation will get more complicated. This is because the governing law applicable to the supply arrangement at your hand would vary depending on the nature of the contract.

One relevant scenario could involve your breach to U.S. customers due to the failure of a Korean supplier to timely deliver goods as a consequence of the virus outbreak in South Korea. Again, it is important to examine the contract provisions carefully, inter alia, a choice-of-law clause, which is sometimes included in a dispute settlement provision. Normally, a certain country’s or a federal state’s law is designated as the governing law for application and interpretation of your contract. However, a special body of law called “private international law” or “conflict of laws rules” could make your governing law analysis very complex. For example, if a sales contract includes a choice-of-law provision stating that “this agreement shall be interpreted in accordance with, and governed by, the laws of South Korea,” this does not necessarily mean that the governing law would be Korean law and a force majeure issue is to be also analyzed as outlined in the above section. This is because a complex private international law (or conflict of laws rules) is embedded in the Korean law itself and that law ultimately determines the actual governing law applicable to the contract. Therefore, you may assume that a certain jurisdiction’s law would directly apply to a contract only when its choice-of-law clause unambiguously indicates that the application of such private international law should be excluded—for example, “This agreement and any disputes arising therefrom shall be governed by the law of South Korea without regard to its conflict of laws rules.”

In addition, even if the conflict of law analysis specifies a certain jurisdiction, whose law would apply as the governing law of your contract, this, unfortunately, would not be the end of your analysis. For contracts concerning sales transactions, the U.N. Convention on Contracts for the International Sale of Goods (the “CISG”) should apply to the contract in lieu of other statutory rules of the jurisdiction where the governing law was enacted, if the governing law requires application of the CISG. Indeed, the CISG has its own force majeure clause under Article 79, which requires a separate analysis, independent of a similar principle established under the domestic statutes.

The foregoing sought to provide a quick glance at some typical legal issues involving your sales transactions (e.g., supply chain arrangement), which could arise out of the recent COVID-19 outbreak in South Korea. Although this newsletter does not cover all potential scenarios that may arise from the current outbreak, it will provide you with a useful guidance that could help mitigate your risks under cross-border or domestic contracts involving Korean parties in general.

In this regard, we highly recommend that all companies that currently have business arrangements with entities in South Korea take precautionary measures as promptly and proactively as possible. Such measures would include (i) reviewing your contracts with South Korean parties (e.g., suppliers and/or customers) and assessing your legal position to prepare your strategy for a potentially contentious scenario (e.g., termination or suspension of contracts), (ii) properly documenting all communications with your South Korean supplier and/or customers for evidentiary purposes, bearing in mind the relevant limitation periods and contractual procedural requirements, and most importantly, (iii) consulting with a lawyer who has relevant expertise and experiences to swiftly advise with regard to your legal position and business strategy under the currently volatile circumstances. 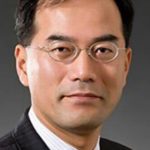 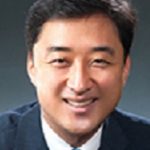 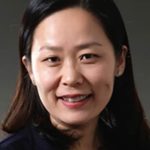 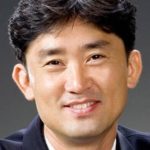