The government's reform proposal "Denmark can do more II" suggests that Denmark will be a net exporter of green energy in 2030. In its status report of 2022, the Danish Council on Climate Change concludes that for Demark to avoid becoming a net importer of electricity, electricity will be needed from renewable energy sources in the years up to 2030. Consequently, if the government's ambition is to be realized, massive investments in renewable energy are required in the years up to 2030.

How does the government suggest accelerating investments in new RE capacity?
The following is an overview of measures and instruments suggested by the government so far in support of the expansion of renewable energy in the short term up to 2030.

Comments by Bech-Bruun
In recent years we have seen marked growth in the interest in renewable energy in Denmark. However, lately the establishment of new solar cells and onshore wind turbines has slowed down. We have seen how environmental considerations, sluggish case administration, and uncertainty as to coming producer tariffs can block or stop solar projects and onshore wind projects.

Bech-Bruun is pleased with the governments proposed reforms for the expansion of renewable energy, onshore and offshore. We hope the proposed reforms will result in measures that underpin investments in new RE capacity.

We follow negotiations closely, as we will when the government presents an independent proposal on green power before the summer holidays, a proposal that will include renewable energy, onshore as well as offshore.

Bech-Bruun is among the leading advisers in the area of renewable energy. Our specialists are internationally recognized for their significant industry knowledge and advice on all legal aspects of the energy area. With our long-standing experience from major utility projects, complex transactions in the solar and wind industries and extensive contracts, we have built unique market insight to the benefit of our clients' businesses. And with our position at the cutting-edge of the green transition, including multiple carbon capture projects, we provide advice to our clients on the green solutions of the future. 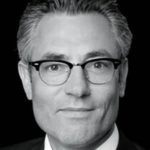 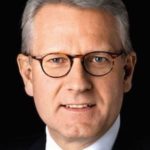