Connected vehicles generate tremendous amounts of data, which are stored and processed partly inside the vehicle (IN-car) and outside the vehicle (e.g. in the manufacturer‘s vehicle backend). Data collected from the vehicle is used to provide data-based services in the Connected Car ecosystem but also for additional pur­poses such as product monitoring, product development, management of warranty and goodwill claims or ensuring the IT security of the vehicle.

Which of the data is recorded in the vehicle and/or trans­mitted to locations outside the vehicle is primarily decided by the OEM’s competent R&D and/or specialist depart­ment, which develop and implement the corresponding services.

A Challenge for Legal Departments and Data Protection Organisations

As legal departments and data protection organizations may not always be involved early on in the development process but rather at a later (something the latest stage) this imposes great challenges as the actual permissibility of the actual configurations under data protection law is often only discussed shortly before a certain implementa­tion or technology hits the market.

It is also not uncommon for it to be discovered only af­terwards, i.e. after a product has been sold and is then already on the market, that configurations in the vehicle (e.g. which data is collected and stored in the vehicle un­der what exact circumstances) have not been carried out in a manner that conforms to data protection regulations.

Car Data Protection and the GDPR

According to the principles of the GDPR, manufacturers may under certain circumstances be held responsible for data protection shortcommings even if they were com­mitted by employees at subordinate decision-making levels (principle of so-called „association liability“). In addition, in such cases it is often assumed that the OEM’s company management is at fault for the lack of control and implementation of sufficient control systems in the organisation.

According to the principle of accountability (cf. Art. 5 (2) GDPR), manufacturers are obliged to establish appropri­ate internal control mechanisms in the sense of a data protection management system (DPMS) and to maintain them with sufficient resources. In addition, and even if the GDPR regulations do not make any clear statements in this regard, it has long been recognised, following the agreement of the automobile associations with the German supervisory authorities, that automobile man­ufacturers must in any case comply with the principles of privacy-by-design and privacy-by-default (cf. Art. 25 GDPR) in the development and configuration process of their vehicles already.

GDPR Risks …
and what can become of them!

Against this background, it is advisable for car manufac­turers (and their suppliers, where feasible for their products or services) to set up a car data protection management system or corresponding control mechanisms to ensure that data collected in the vehicle can be processed locally (i.e. in the vehicle) and externally (e.g. in the vehicle backend) in a manner that conforms to data protection requirements.

Non-compliant processing of vehicle data may - in addition to sanctions by supervisory authorities - trigger demands by data subjects or associations and consum­er protection groups which could be brought against an OEM even by way of an injunctive relief and removal request. In individual cases, it could lead to manufacturers being obliged to technically reverse a certain configura­tion of processes inside and outside the vehicle that is in breach of data protection law.

When lucky, corresponding adjustments can (still) be realized by remote updates of the software in the vehicle. In other cases, however, this may not be possible without further ado, so that in critical cases (and insofar as all other circumstances are considered to be reasonable), the rectification of corresponding faults could also be ob­ligatory within the framework of customer service meas­ures, which may also include the return of vehicles to the workshop, if this is in fact necessary to rectify correspond­ing deficiencies – a costly procedure which us usually associated with negative public coverage.

Given the sensitivity of the data often processed in this context and the large number of users usually affected by such errors, the risk of fines in the event of a dispute with a supervisory authority should not be underestimated.

In order to avoid these harsh consequences, a control mechanism or process for managing the handling of data in and from the vehicle must be developed.

The aim of such a mechanism should be to ensure that it is known and documented (i) for what purposes a data set in the vehicle was originally created or for what purpose exactly it is to be used, (ii) which parts of the organisation are responsible for or involved in its creation and/or later processing, and (iii) that an adequate data protection review is carried out before the going live of a product or a service.

Such a process may include, but is not limited to, the fol­lowing elements:

Creating a guideline for vehicle developers accord­ing to the principles of privacy-by-design and priva­cy-by-default (subdivided, if necessary, according to general principles, topic-specific requirements (e.g. special topics for autonomous driving) and short check­lists for the business units for their day-to-day business)

Documentation of the relevant data sets in the vehicle, to be recorded and described by the respective “data (or process) owners” according to purpose / area of application and other relevant aspects

Create a process for checking and documenting car data and processing purposes in accordance with GDPR (e.g. by implementing a risk assessment system based on points/scores, escalation procedures and decision making processes). 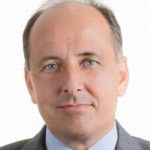 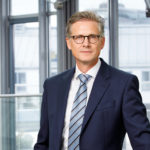 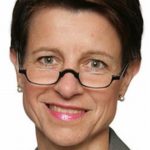