One of the largest full-service law firms in China, with over 300 equity partners, it is worth noting that Zhong Lun has been consistently ranked No. 1 by Chambers and other leading publications in terms of total number of ranked practice areas and leading lawyers. Zhong Lun partners’ hands-on work style is highly appreciated by our clients. Thanks to our unique culture and system, Zhong Lun has been able to attract and retain the best professionals in China and abroad, and also provide strong incentive for them to focus on developing expertise and knowledge for their respective practice areas. It is widely recognized that all of our partners are front-liner practitioners in their fields with extensive experience and in-depth knowledge of our clients’ businesses.

Our firm offers an equal work opportunity and promotion path to lawyers of all genders, ethnic groups,nationalities, etc. In our firm, male and female lawyers each account for approximately 50% of our legal professionals.

Also, we formed a firm-wide charity fund in early 2010, which was officially registered as Zhong Lun Charity Foundation (the “Foundation”) on May 7, 2014. The Foundation’s mission is to help the disadvantaged and to promote the common good. To that end, the Foundation pays close attention not only to charitable projects associated with legal services where our profession lies, but also to such areas as legal aid, education, healthcare, public services and environment protection. For many years, our lawyers have been actively participating in the environment protection activities of SEE Conservation (http://conservation.en.see.org.cn/), an environmental NGO, and have helped with tree planting in desert areas in Northwestern China. (For more detail, please see http://www.zhonglun.com/shzr.html.) Zhong Lun also encourages our partners and other lawyers to participate in pro bono work in their personal capacities. A number of our partners and associates have been providing pro bono legal services to World Wildlife Fund (worldwidelift.org), and also work with other environmental NGOs in China in the field of public interest litigations.

To keep up with client needs and changing dynamics in China and beyond, Zhong Lun has recently expanded its Regulatory Compliance Practice Group, which now consists of over forty partners and two hundred professionals and covers a wide array of practice areas, including Compliance & Anti-Corruption, Antitrust & Competition, Trade Compliance & Remedies, Customs & Import/Export, Labor & Employment, Health, Safety and Environmental Protection and Cybersecurity & Data Protection.

Further, to deepen our industry expertise, we have set up a number of committees focusing on key industry sectors such as healthcare and life sciences, telecommunications and technology, culture and entertainment, real estate and infrastructure, energy and natural resources, and financial services. These committees consist of lawyers with cutting-edge industry knowledge and close relationships with key market players.

Generally, China is endeavoring to further open up its market, eliminate foreign investment and trade barriers, and promote stable growth of China’s economy. Consistent with the trends in other jurisdictions, China has also witnessed tightening supervision in recent years in compliance and data protection. The Chinese government is taking actions to improve its overall regulatory framework on compliances of enterprises, especially in the areas of privacy and consumer welfare protections. At the moment, COVID-19 will continue to have an impact on doing business in China. Due to border restrictions imposed by the government, without special ad hoc approvals, foreigners are still not allowed to travel to China. This has inevitably caused disturbance to cross-border transactions. The full resumption of normal entry of foreigners will require some time depending on the pandemic situation in China and the rest of the world.

For inbound investment, Asia is the top source of foreign investment for China, followed by the EU and North America. According to the statistics promulgated by the Ministry of Commerce, the top 5 jurisdictions with the highest number of newly-established enterprises in China are Hong Kong, Taiwan, the European Union, South Korea, and the United States. The top 5 jurisdictions attracting China’s outbound investment include Hong Kong, the British Virgin Islands, Singapore, the Netherlands, and the United States.

China’s market still maintains its traditional advantages of low cost and great economic development potential. It needs to be noted that China is the largest single market with a unified legal system, under which national laws and standards apply to all provinces and cities in China. On the other hand, different regions in China vary in labor cost, natural resources and development level. This unique ecosystem has provided China with constant internal energy for furthering economic growth.

Although China has a unified national legal system, in different regions, differences still exist in local regulations, government practices and business customs. Such local differences can sometimes be neglected by foreign companies and thus become their pitfalls when doing business in China.

Chinese culture values personal trust between acquaintances and emphasizes nurturing close relationships with business partners, thus strengthening mutual trust. In business negotiations, it is very often that foreign partners try to lay down all details in a contract with the purpose of achieving the highest possible level of trust, while their Chinese counterparts may dislike such excessive level of details and deem it as an indication of distrust. In China, Zhongyong, (Chinese: “Centre” and “Unchangeable” or “Doctrine of the Mean”) is a highly valued Confucian philosophical concept. In practice, zhongyong means countless things: moderation, rectitude, objectivity, sincerity, honesty, truthfulness, propriety, equilibrium, and lack of prejudice. In business dealings, Zhongyong requires partners to adopt a more balanced approach with regard to the details of certainty and the vagueness of trust. When a foreign businessperson can appreciate and master the art of Zhongyong, they will be able to avoid unnecessary misunderstandings or even destruction of a good relationship, and thus enjoy a smoother collaboration with their Chinese partner. This certainly does not mean foreign investors shall make their decisions solely based on oral promises of their Chinese partners – a set of comprehensive and well-drafted legal documents are still essential for successful investments, but foreign investors are suggested to understand and bear in mind the concept of Zhongyong and try to achieve a good balance between certainty and trust. 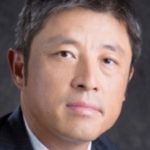 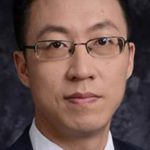