Successfully Doing Business in Indonesia and Opportunities for Business Development

Makarim & Taira S. has been practicing law for more than 40 years, and this means that it has accumulated a significant wealth of knowledge and experience, focused on both commerce and industry, which has been passed down through generations of lawyers, giving the firm an incomparable ability to provide its clients sound advice. The different generations of lawyers with diverse backgrounds and characteristics each bring with them different strengths, ensuring comprehensive and prudent, as well as ground-breaking, innovative solutions. The firm is also known for its responsiveness, trustworthiness, ethics, and service excellence, delivered by reliable and genuinely caring teams who always keep their clients’ best interests in mind.

Our firm believes that as part of society, we need to be socially responsible and actively give back through various means. One of the values that Makarim & Taira S. (“M&T”) holds dear is inclusivity – a recognition that everyone brings with them unique potential and when given a chance, can contribute for the good of society.

For the past few years, the firm has focused its Corporate Social Responsibility (CSR) program on the community of young people with Down’s Syndrome and has been collaborating with Ikatan Syndroma Down Indonesia (ISDI – the Indonesian Down’s Syndrome Association) through various initiatives.

One of the programs that the firm implemented successfully before the pandemic was an internship program, in which the firm hired young people with Down’s Syndrome. Together, we have proven that when provided opportunities, these special people can contribute to and enrich the firm’s work environment.

Earlier this year, to celebrate World Down’s Syndrome Day 2021, Makarim & Taira S. held the ‘M&T Painting Competition for Young People with Down’s Syndrome’ in Indonesia. This was aimed at providing them with opportunities to explore their potential and be acknowledged by others. M&T awarded the best 13 paintings a spot in M&T’s 2022 Calendar.

Furthermore, M&T lawyers also contribute their time teaching at various universities in the greater Jakarta area and now, with webinar technology, our lawyers contribute their time teaching at universities across the country. The firm also initiated a program, ‘Learning at Makarim’, which is our way of contributing to the development of the Indonesian legal field by providing a platform for aspiring lawyers, law students and the public in general, to learn and expand their knowledge of the law from our lawyers, through free seminars and webinars.

In general, as an organization, we believe that sustainability can only be achieved through continuous learning and improvement and the ability to adapt and adjust to new ways of doing business. People learning and their development has always been a top priority for the firm, and this is reflected in the extensive and comprehensive training programs that the firm provides its young lawyers, which are now successfully bring held online. Learning also extends to clients, as the firm consistently provides various learning opportunities through webinars and workshops for its clients on all kinds of industry-focused topics such as energy and mineral, real estate, construction, and time-relevant legal updates such as omnibus law on chapter IX economic zone, manpower, compliance, procurement, health care, and the new Indonesian umbrella regulation of payment system. The firm is also committed to consistently updating its offices with sufficient technology such Microsoft Teams, Sharepoint and Zoom, which is a highly significant factor for ensuring a seamless business process, particularly during this pandemic and WFH.

Furthermore, Makarim & Taira S. is now one of the few law firms that is ISO 9001:2015 certified. ISO 9001 is an International Standard that gives requirements for an organization’s quality management system (QMS). ISO 9001 builds on seven quality management principles which include customer focus, leadership, engagement of people, process approach, improvement, evidence-based decision making, and relationship management. This is evidence of the firm’s commitment to ensuring that the quality, safety and efficiency of the services and systems it delivers meet the highest standards, because we believe that a well-managed internal business process is key to delivering excellent services to our clients.

Despite the current pandemic that has forced most sectors to work remotely, foreign investors are still investing in Indonesia, especially during this first quarter of 2021. In addition to acquisitions of e-commerce, fintech, mining, smelter, loans from foreign institutions have also kept us fairly busy this year.

The introduction of the Omnibus Law that has amended 76 laws and is implemented under 49 government regulations and presidential decrees has affected Indonesia’s legal environment as they have required existing clients to make certain changes to their corporate documents and business licensing. The opening up of ‘previously restricted foreign investment’ under the current Investment Positive List has played a major role in attracting more investment in Indonesia. For instance, some retail activities, distribution, logistics (freight forwarding), and certain healthcare businesses are now open for 100% foreign investment.

Foreign banks lending to Indonesian companies have also become active again. The Firm has been assisting banks with providing financing for the development of mining refineries and processing in Indonesia. Some transactions have also involved some restructuring.

Inbound Investment: China, Korea and Japan are still the top foreign investors in Indonesia. They can invest either directly or through their subsidiaries in different countries, such as Singapore. According to data provided by the Investment Coordinating Board (BKPM) in the second quarter of 2021, most foreign investment in Indonesia has come from Singapore, Hong Kong, China, Europe, South Korea, Japan and USA.

Given the size of Indonesia’s population and its age range, e-commerce/SaaS and retail, for example, both have a huge potential market in Indonesia. New regulations under the Omnibus Law are the government’s effort to ease doing business in Indonesia. Under them, the procedures for obtaining some licenses and approvals have been simplified. However, some local/regional governments still impose different requirements for certain licenses, which is causing some uncertainty.

There are many traditions and cultures in Indonesia throughout its extensive archipelago. Indonesia has many different peoples and each of them has its own language and local customs. To know the Indonesian market, it is advisable to have a local partner help you get a deeper understanding of the different cultures. 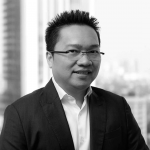 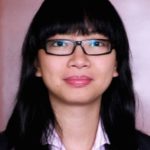