We want to stand out for being a reference law firm, for offering an attractive experience to the best talent, and for having the trust of key clients for their most important matters on the Iberian Peninsula.

Through our highly specialized legal teams with extensive knowledge and experience, we advise on all areas of business law. We help our clients with the most demanding matters wherever they are based.

2. What words describe the culture of your firm?

At Cuatrecasas we incorporate environmental, social, and governance (“ESG”) criteria in our services and internal management.

We are committed to corporate social responsibility and knowing how our activity impacts society. We have taken steps to mark the direction we want to move in:

We are committed to reducing our carbon footprint through technology and efficient consumption. We also promote sustainable use of resources (including energy, paper, and water), proper waste management, and sustainable mobility among our employees. We follow environmentally friendly purchasing criteria and increase awareness of this through different initiatives.

Equality, diversity, and inclusion are strategic aspects of the firm.

One of the objectives of our Strategic Plan 2021-2023 is to move toward gender equality at all professional levels. We continue to progress in diversity, subtly but steadily, together with REDI, the first corporate network for Diversity and LGBTI inclusion in Spain. We are committed to integrating people with disabilities into working life, and were awarded the Silver Disabled Certificate for Organizations (DisCert), which recognizes our commitment to disability, verified by ICDQ, certifying universal accessibility of people with disabilities.

People are our main asset. We have a global program to promote training for all our employees and offer a transparent career path. We also include a complete health and welfare program.

The Cuatrecasas Foundation and our Pro Bono Program are the flagship tools of our social contribution to the rule of law and good corporate governance. We encourage and support our teams’ initiatives to cooperate locally, in line with the Sustainable Development Goals.

The Code of Ethics and Professional Conduct and the regulatory compliance system apply to all the firm’s activities and those of the partners, lawyers, and all other employees.

This system includes a complete set of duties; training processes; and prevention, control, and sanctioning policies. It is aligned at all times with regulations and the highest standards of transparency and rigor.

Our firm also has the ISO 27001 certification, which certifies that we have an information security management system (“ISMS”) in our Spanish and Portuguese offices for all our business and support processes relating to our legal advisory services.

Following the success of the 2016-2020 Strategic Plan, Cuatrecasas launched a new plan with the following objectives: (i) raising the quality of services by developing a comprehensive market and client strategy (we took the first steps to organize ourselves by industry and product to continue to forge ahead with our value proposal); (ii) integrating ESG management; and (iii) adapting the professional career to the firm’s new environment and strategy.

Spanish GDP contracted around 10% in 2020, in line with expectations. In contrast, following a start of the year marked by uncertainty, the recovery is expected to accelerate and the economy to grow by 5.5% this year and 7.0% the next. However, if limits on the spread of the virus continue and progress in line with government vaccination plans, these forecasts will bias upward.

The economy will improve, with high growth rates starting in the second quarter of the 2022, aided by an international environment with ambitious demand policies and the influx of European funds and advances in the vaccination process throughout Spain.

Despite this positive outlook, Spain’s employment rate (61.1%) remains lower than the Organization for Economic Cooperation and Development country average (66.6%). This was already on the rise before the pandemic and spiked when the country’s tourism and hospitality sectors were heavily impacted. Inequality is also more prevalent in Spain than in other OECD countries.

According to the 13th edition of the "Barometer of the business climate in Spain from the foreign investor's perspective", foreign companies in Spain forecast a "clear improvement" in their activity in 2021, in aspects such as investment, staffing, turnover, and exports, following the unfavorable outlook of 2020.

In 2020, Switzerland was the leading investor in Spain, accounting for 16.3% of investment in Spain. The second-largest investor was the United States, with a 16.2% quota of the investment received, and the United Kingdom was third with 12.6%.

There has been notable progress in investment from Asian countries such as China and Japan, with growth rates of 481.8% and 275.7% respectively, coinciding with the worldwide trends forecast by UNCTAD.

Spanish companies are very active as investors in the US, the EU and are the 2nd largest investors in Latin America.

In 2020, 97.7% of Spanish investment abroad was focused on 21 countries, excluding transactions by foreign stock-holding companies.

The finance and insurance industry was the main recipient of foreign direct investment (FDI) in Spain in 2020, accounting for 23.2% of the total volume. IT and telecommunications was the second industry in importance, with a 22.8% quota. These two industries attracted over 45% of the total volume of FDI.

They were followed by the manufacturing industry (14.4%), construction and real estate (7.8%), and transportation and storage (7%).

Spain has many attractive aspects for investors, among others:

In Spain, saving face, family, proximity, and aversion to risk are major concepts in business. It is common that Spanish businessmen treat their counterparts as their friends.

Hierarchy tends to be vertical and rank matters, but third or fourth level down individuals may be in better standing or have more influence than higher-ups. Setting up meetings with counterparts who are in equivalent positions is recommended.

The development of a personal and informal relationship is often necessary for the smooth running of business. 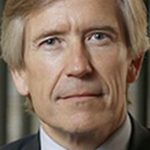 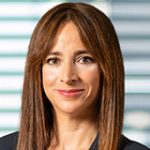