Doing Business in the Dominican Republic

Pellerano Nadal is best known for its vast experience in complex cross-border transactions, project development, and conflict resolution. Our team is particularly known for serving as counsel on a series of landmark transactions in the Dominican Republic, including:

What most distinguishes us from others in our market is our ability to assist clients not only with transactional or dispute-related work but also with helping them identify, evaluate and minimize risks when making important strategic decisions.

Our commitment to ESG has extended into embracing international policies to reduce waste and unnecessary consumption. Some initiatives include the local filtering and bottling of water, the use of efficient air conditioning and lighting, the implementation and use of technology to avoid paper and waste recycling.

From a social standpoint, inclusivity is very important to us. We strive to interview and hire all types of applicants regardless of universities, nationalities, backgrounds, gender, orientation, disabilities, or religious beliefs. Key positions of the firm are run by women, including the roles of CFO and COO, Billing and Accounting Manager, Marketing Manager, and Human Capital Manager. We have also supported personnel that have fled their countries due to political instability by assisting them and their families with their immigration process in the Dominican Republic.

Given that work-life balance is increasingly important, we allow our team members to work remotely from home part-time or a few times a week. In addition, special accommodations have inclusively been made to enable some members to work permanently from home, including from other countries.

One of our primary industry focuses is mining, considering we represent several clients in that field. While actively assisting them in various matters, we have also been actively participating in actualizing the country's mining law.

Another main industry focus has been aviation. We represent various airlines, and our team is currently participating in governmental meetings to assist in developing regulations that will provide a positive experience to the airlines and passengers traveling from and to the Dominican Republic.

Apart from the above industry focuses, we have seen an increase in technology, FinTech, cybersecurity, and data protection matters in other jurisdictions. Our team has constantly been working to stay up to date with the latest trends and regulations to advise clients better. We are also starting to look more into growing our local capital markets practice, given that while Dominican issuers have traditionally gone to the international markets, the local capital market has grown in recent years.

Doing Business in the Dominican Republic

The Dominican Republic has been one of the fastest-growing economies in Latin America and the largest in the Caribbean for several years. GDP is projected to grow by 5.5% in 2021 despite the COVID-19 pandemic, primarily thanks to tourism, remittances, foreign direct investment, mining revenues, free-trade zones, and telecommunications. The country provides tax incentives for investments in tourism, renewable energy, film production, Haiti-Dominican Republic border development, and the industrial sector.

In January 2020, the government announced a special incentive plan to promote high-quality investments in tourism and infrastructure in the country's southwest region. Additionally, The Special Zones for Border Development Law, extends incentives for direct investments in manufacturing projects in the Haiti-Dominican Republic border for 30 years. These incentives include the exemption of income tax on the net taxable income of the projects, the exemption of sales tax, the exemption of import duties and tariffs and other related charges on imported equipment and machinery, as well as on imports of lubricants and fuels (except gasoline) used in the processes.

In February 2020, the Dominican government enacted the Public-Private Partnerships (PPP) Law to establish a regulatory framework for PPPs initiation, selection, award, contracting, execution, monitoring, and termination. This law was created to promote the development of infrastructure and other projects in the country and provides:

During the last decade, foreign investment has mainly been directed towards the commercial, tourism, real estate, and mining sectors. However, in the past two years, foreign investment increased primarily due to investments in the communications and electricity sectors.

We continue to see opportunities in the mining and electricity sectors, specifically renewable energy and natural gas. Tourism still looks promising, particularly specialized tourism such as health-related or golf-related. There is also opportunity in the logistics/hub sector, given the country's geographical region.

· Laws that incentivize a variety of sectors

· Governmental bureaucracy for some regulated sectors

The Dominican Republic is known for its hospitality and being welcoming. 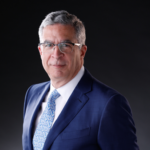 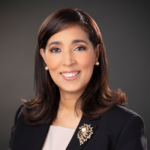 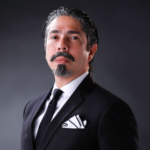