Sweden: Postponement of the Medical Devices Regulation Due to COVID-19

For the past three years, operators have been preparing for the implementation of new EU regulations on medical devices. The COVID-19 pandemic has now led to a postponement of their implementation. This article explains the reasoning behind the decision and some of the implications of this postponement.

The Medical Devices Regulation, 2017/745, (MDR) and the In Vitro Diagnostics Regulation, 2017/746 (IVDR) are set to replace the three current EU directives on medical devices, as previously reported by Setterwalls. Since the MDR and IVDR are EU regulations (rather than EU directives), they will be directly and fully enforceable in member states without implementation through any national procedures. The regulations both reinforce existing procedures and introduce, for example, provisions ensuring transparency and traceability on medical devices, as well as a more comprehensive set of rules for the marketing of medical devices. The regulations place a number of new obligations and responsibilities on operators, and significant efforts have been made by those operators affected to prepare for the implementation. Setterwalls has previously reported on the new provisions of the MDR and IVDR here.

The new regulations were supposed to be applied as of 26 May 2020 (MDR) and 26 May 2022 (IVDR). However, the COVID-19 pandemic began to take hold as the deadline for implementation of the MDR was approaching. The pandemic has been challenging for several medical device companies.

The European trade organisation for medical device companies, MedTech Europe, consequently released a press release on 23 March calling for the European institutions to put the implementation of the new regulations on hold. This would allow market operators to focus on the challenges posed by the COVID-19 pandemic for medical device companies. On 25 March, the European Commission announced that it was working on a proposal to postpone the implementation of the MDR for one year, which it presented in early April. The proposal was adopted almost unanimously by both the Parliament and the Council. On 27 April, the regulation amending the MDR was published in the Official Journal, giving the postponement legal effect.

In the background of the adopted regulation it is concluded that it is highly likely that member states, companies, health institutions and other parties concerned would not have been in a position to ensure the proper implementation and application of the MDR on 26 May 2020. Therefore, the postponement ensures the MDR’s objectives, provides legal certainty and a potential market disruption in the midst of the COVID-19 pandemic is avoided. A statement from the Commission on the adoption of the regulation amending the MDR is available here.

However, some of the dates set out in the MDR remain unchanged. For example, the dates by which the Unique Device Identification (UDI) system must be in place, i.e. included on the packaging of products, remain unaltered. Furthermore, the deadlines for the production and market release of products approved through the previous directives will remain unchanged. Consequently, operators now face a more constrained timetable to implement the MDR.

Further, the implementation of the IVDR has not been postponed and it is still set to be implemented in May 2022. However, MedTech Europe has called for a postponement of the IVDR as well in light of the same facts that gave rise to the postponement of the MDR. The press release from MedTech Europe on this matter is available here. At the time of writing, the European institutions have not yet taken any action to also delay the implementation of the IVDR.

In summary, the MDR has been postponed for one year. However, not all dates have been adjusted accordingly. For example, there is no change to the deadlines for placing a product approved through the previous directives on the market or making such a product available on the market, which constrains the timetable for the operators. Furthermore, the IVDR is still set to be implemented on its scheduled date, despite calls by MedTech Europe for a postponement.

The amendments, as published in the Official Journal, are available here. Setterwalls is following developments closely and will report on any further developments. 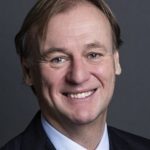 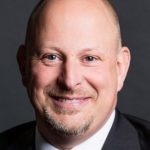