NEW RULES DUE TO CORONAVIRUS

Due to the ongoing spread of the coronavirus in Switzerland, the Swiss Federal Council is-sued an amended version of the COVID-19-Ordinance 2 (Ordinance) on 16 March 2020. By way of such amendment, the Swiss Federal Council introduced further restrictions to contain the spread and to protect the population. In particular, public and private events are now, in principle, prohibited.

This ban also concerns general meetings of Swiss companies with the physical presence of the shareholders. It applies to all Swiss companies, including stock corporations (Aktiengesellschaften) and limited liability companies (Gesellschaften mit beschränkter Haftung). According to the Ordinance, the related explanations of the Federal Office of Public Health, and a FAQ information sheet published by the Federal Office of Justice, even a general meeting with a small number of participants is no longer permitted to be held physically. A violation of the ban will be punished with imprisonment of up to three years or a fine. Also, there is a risk that resolutions of general meetings held in violation of the ban could be challenged.

Swiss companies that have planned a general meeting or have already invited their sharehold-ers have two options to handle the ban on physically held general meetings:

• A company can simply postpone the general meeting and hold it at a later time, after the repeal of the ban; or

• The procedure introduced by article 6a of the Ordinance may be relied on.

As a rule, it is also possible to hold general meetings pursuant to the procedure introduced by the Ordinance where (parts of) the agenda items require notarisation. The details should, how-ever, be discussed with the notary in charge. For instance, companies should carefully review with the notary to what extent the exercise of voting rights in writing or electronic forms of communication is compatible with the notarisation.

There is a certain risk that resolutions of general meetings held according to article 6a of the Ordinance will be challenged by shareholders. A ground for challenge could be that the resolutions restrict the rights of shareholders in breach of the law or the articles of associations, in particular their right to put forward motions within certain agenda items or to request information. In connection with the new rules of the Ordinance, it is, for instance, questionable how shareholders can duly exercise their right of information if the general meeting is not held physically, especially if shareholders were informed about this fact only a few days before the general meeting on the company's website. More generally, it is obvious that the new article 6a of the Ordinance – being emergency law (Notrecht) – does not address all legal issues which may arise, irrespective of the explanatory materials published by the Federal Offices of Public Health and Justice.

In order not to limit the rights of shareholders, companies should thus, for instance, provide for a mechanism to enable shareholders to ask questions, present their arguments and submit motions on the agenda items. Ideally, any statements by shareholders should also be made available to the other shareholders exercising their rights in writing or electronic form. Moreover, if possible the time limits and means of communication provided for in the Swiss Code of Obligations and the articles of association should be adhered to also when holding a general meeting according to article 6a of the Ordinance. Eventually, general meetings with agenda items that are controversial between significant shareholders should in general be postponed rather than held according to article 6a of the Ordinance to avoid that the resolutions are challenged. In that respect, it is noteworthy that exceeding the six-months period within which annual general meetings must be held after the end of a financial year according to the Swiss Code of Obligations does not entail immediate sanctions (Ordnungsvorschrift). In particular, the meeting does not become invalid and the resolutions adopted can neither be challenged.

For more information on this eAlert, contact your regular CMS advisor or local CMS experts Alain Raemy and Matthias Kuert.

Current version of the COVID-19-Ordinance 2 (in German):

Explanations of the Federal Office of Public Health (in German):

FAQ information sheet about coronavirus and general meetings of the Federal Office of Jus-tice (in German): 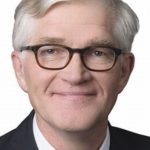 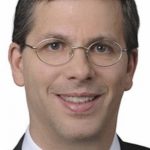 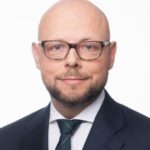