In light of the recent wave of states legalizing cannabis, the Director of National Intelligence (DNI) recently released “Clarifying Guidance” on how the personal use of cannabis, hemp-derived cannabidiol (CBD) products, and investments in cannabis-related companies may impact an individual’s security clearance eligibility. As many readers of this blog know, the United States government grants security clearances to individuals who are employees of the US government, of US government contractors, or others involved in activities relating to the US government. Such clearances are a prerequisite to obtaining access to national security information. How much clarity the guidance provides is—like the area of law it governs—not entirely clear.

The short memorandum begins with a brief introductory reminder—violating federal laws “can raise concerns” regarding security clearance eligibility. Cannabis use is illegal under federal law, even when permitted under state law, and raises concerns about an individual's willingness to abide by federal law under the national security directive governing issuance of a security clearance. The memo notes multiple times, however, that previous disregard of federal laws pertaining to marijuana is “relevant,” but not “determinative.” Agencies are required to employ a “whole-person concept.” Under this standard, agencies weigh a number of factors to determine security clearance eligibility, taking into account a holistic picture of the applicant.

The memo addresses three specific areas related to cannabis: (1) recreational use; (2) use of CBD products; and (3) investments in cannabis companies.

First, past recreational marijuana use is relevant but not determinative for security clearance eligibility and can be mitigated under the “whole-person” approach that guides clearance determinations. Specific behaviors are viewed in light of mitigating (as well as aggravating) factors. For past recreational marijuana use, these include frequency of use, the likelihood of recurrence, and whether the applicant signs an attestation or provides other support demonstrating that future use is unlikely. Although the guidance does not mention medical use of marijuana, it presumably applies to it, as well, as such use can also violate federal law even if permitted in certain states.

Second, the use of CBD products risks tripping up a holder of or an applicant for a security clearance. Although Congress legalized hemp and its derivatives such as CBD in 2018, use of products containing these substances could result in a positive drug test. Under the 2018 law, hemp and its derivatives must not contain more than 0.3 percent delta-9 tetrahydrocannabinol (THC)—the psychoactive ingredient in cannabis. Because THC is a naturally occurring substance in hemp plants, many hemp-derived products contain traces of THC, which could show up on a drug test. In addition, an individual inadvertently could purchase a product that exceeds the 0.3 percent THC limit. The guidance notes that there is no federal system for testing and certifying the percent of THC in hemp and CBD products. Many states impose such requirements, but those laws are not uniform and some products labeled as below 0.3 percent THC have tested much higher.

A 2019 Department of Energy administrative appeal decision illustrates the risks in using CBD products. There, a security-cleared employee failed a marijuana test. In defending his clearance, he admitted using CBD oil for joint pain but believed the use was legal under federal law because the product was labeled as containing less than 0.3 percent THC. He had consulted with both his doctor on the health benefits and the medical staff at his place of employment on his employer’s drug policy. Five days after starting the oil at only half the recommended dose, he failed a random drug test and his clearance was suspended. His clearance was eventually reinstated based on his written promise never to use CBD-oil products again, but only after a lengthy unpaid leave and appeals process.

Finally, knowingly investing in a cannabis-related business is likewise verboten. The memo makes a distinction between “direct” and “indirect” investments and notes that divestment is a mitigating factor. Per the memo, direct investments indicate the investor knowingly is facilitating violations of federal law and therefore reflect poor judgment and an unwillingness to comply with the law. On the other hand, indirect investments, such as through a mutual fund traded on a US exchange, receive a presumption that the investor did not knowingly invest in a marijuana-related business. It remains unclear, though, how this presumption could apply to investments in mutual funds or ETFs that overtly focus on marijuana businesses, including such artfully tickerized offerings as AMREX, MJ, YOLO, POTX, CNBS, THCX, and TOKE.

Overall, the DNI’s guidance seems to raise the prospects of approval for security clearance applicants who previously have used marijuana or use hemp products with less than 0.3 percent THC, while reminding applicants that marijuana use remains illegal under federal law and discouraging investments in cannabis businesses.

One point is clear: for those interested in obtaining (or retaining) a security clearance, ceasing involvement with anything marijuana-related is a good idea. While an applicant’s past actions will not automatically disqualify her from obtaining a security clearance, the determination depends on an evaluation of the “whole person” in which ongoing use is a significant factor weighing against the clearance.

© Arnold & Porter Kaye Scholer LLP 2022 All Rights Reserved. This blog post is intended to be a general summary of the law and does not constitute legal advice. You should consult with counsel to determine applicable legal requirements in a specific fact situation. 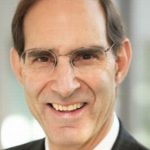 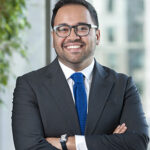 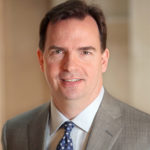