he Inflation Reduction Act of 2022 (the Act) added several provisions that support using solar as part of a REIT’s “green” energy strategy. Although several REITs have already installed rooftop solar to provide some (or all) of their tenants’ electricity needs, the inability to fully access incentives that have long been available to non-REIT taxpayers, specifically the investment tax credit (ITC), has limited the ability of REITs to make these investments. The Act will allow REITs to benefit from ITCs in new ways that should make it easier for REITs to own solar projects to provide electricity for tenants.

The ITC is a federal tax incentive that covers many different types of investments, including the ownership of projects that use solar energy to produce electricity. Prior to the Act, the ITC was scheduled to be reduced for solar projects that began construction after 2023. Also, prior to the Act, the ITC generally could only be claimed by the entity generating the credit to offset that entity’s (or its owners’) tax liability. Because REITs reduce their tax liability through the dividends paid deduction, and due to the limitation regarding the amount of ITC available to a REIT, the ITC historically was not beneficial for REITs. Some REITs have formed taxable REIT subsidiaries to take advantage of ITCs. Other REITs have leased their rooftop space to third parties, with the third party installing the solar equipment and claiming the ITC. The Act extends the ITC (the current ITC through 2024, and thereafter, the new technology neutral ITC) through at least 2032 and makes it possible for the REIT itself to monetize the ITCs.

Under the Act, an eligible taxpayer, which includes a REIT, can elect to transfer its ITCs to an unrelated third party and “turns off” the ITC limitation applicable to REITs. The transfer must be for cash, and the transferee of the credits cannot be “related” to the transferring REIT within the meaning of the tax laws. If these requirements are met, the amount received from the transfer is not included in the gross income of the transferor. This gross income exclusion benefits all transferors, but is particularly important for REITs that are required to satisfy annual gross income tests. Under the Act, amounts received for transferring ITCs with respect to solar facilities should be excluded from both the numerator and the denominator of the REIT 75% and 95% gross income tests. Further, if the REIT uses the solar facility to provide electricity to its tenants, then payments from the tenants for the electricity should be treated as qualifying income for purposes of the gross income tests.

Finally, if a REIT does not transfer the ITCs, as under current law, it likely will be unable to use the credits unless it has a federal tax liability. Thus, the ability of a REIT to benefit from the Act will depend on an active market for transfer of ITCs. Today, tax equity structures for ITCs allow non-REIT investors to benefit from both ITCs and depreciation. Although the Act allows transfer of the ITCs, it would not allow transfer of the depreciation benefit, which would be retained by the REIT. It remains to be seen how the market for ITC transfers will develop, but the Act opens exciting possibilities for REITs to further their use of “green” energy. Please contact any of the people on this alert with questions regarding REITs, solar facilities and the Act. 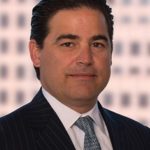 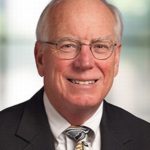 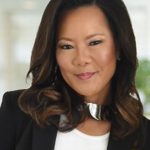