United States: Washington Court Rules Prohibition on Retail Cannabis Businesses Within 1000-Feet of a School is Measured from a Leased Line or Lot Line and Not the Formal, Recorded Boundary Line

The Washington State Liquor and Cannabis Board (WSLCB) regulations for issuing retail cannabis licenses prohibit, among other things, a retail cannabis business within 1000 feet of the “perimeter of the grounds” of a school. In Top Cat Enterprises, LLC v. City of Arlington, a retail cannabis license recipient sought to move from Marysville, which had just passed a ban on marijuana retailers, to Arlington, where only one retail license was available. Top Cat challenged the license that had been issued to another retailer for a location on one of the Arlington Municipal Airport’s more than 100 parcels. The Arlington School District leases another lot at the 1200 acre airport and, depending on how the distance is measured, the school is either 1600 feet or 100 feet from the cannabis retailer. The ruling issued January 6, 2020 by Division One of the Washington Court of Appeals held that the correct measurement is from leased lot line to leased lot line, not from the property line of the retailer to the property line of the larger airport property.

After Top Cat could not get a license for an Arlington location, it brought an administrative challenge to WSLCB’s denial and to the issuance of a retail license to 172nd Street Cannabis. An administrative hearing officer ruled that the regulatory definition of “property line” includes leased lot lines and subleases and, therefore, the license to 172nd Street Cannabis was not in error because the retailer’s lot line is more than 1000 feet from the sublease lot line for the school. Top Cat appealed to Snohomish County Superior Court, which affirmed the hearing officer and Division One affirmed in a published opinion.

The regulations at issue provide that the 1000 foot distance “shall be measured as the shortest straight line distance from the property line of the proposed building/business location to the property line of * * * (a) [an] elementary or secondary school.” WAC 314-55-050(10). Top Cat contended “property line” means the legal description in the deed that describes the boundaries of a real property. WSLCB, relying on a 1987 Washington Supreme Court case, Mall, Inc. v. City of Seattle, argued that the usual and ordinary meaning of “property line” is “those lines which separate one’s lot from adjoining lots or the street.” The Court of Appeals agreed with WSLCB.

The court said the regulation is unambiguous, and therefore it is unnecessary to consider the legislative history of the regulation and its amendments. In addition to the interpretation in Mall, WSLCB also relied on two dictionaries that defined the property line as “the boundary line between two pieces of property.” The court of appeals ruled that includes a leased lot line. Furthermore, the court noted that the cannabis statute, RCW 69.50.331(8)(a), does not mention “property line” and only states that a marijuana business must be 1,000 feet from the perimeter of the grounds of a restricted entity. The court said that the regulation mirrors the statute, explains that the measurement is the shortest distance between two property lines, and defines “perimeter” as “a property line that encloses an area.” Consequently, the court held that WSLCB’s measurement of the 1600 foot distance between the school and the 172nd Street Cannabis lot was consistent with the statute and the regulation.

In a footnote, the court of appeals posed a hypothetical to demonstrate that Top Cat’s interpretation could lead to absurd results–The federal government owns Olympic National Park and leases a parcel on the west side of the park to a Native American tribe for a whale study school. On the east side of the park, within 1000 feet of the park boundary, a retail cannabis business seeks a license from WSLCB. Although the driving distance between the whale school and the retail location would be more than 100 miles, the court said under Top Cat’s interpretation the measured distance would be between the proposed cannabis business and the eastern edge of the park, not the lease line for the school. According to the court, “This would result in a denial of a license for the proposed cannabis business even though the driving distance between the two entities would be over 100 miles. This cannot be what the legislature or WSLCB meant when it used the terms perimeter or property line.”

It’s uncertain whether the Court of Appeals’ decision will be reviewed by the Washington Supreme Court. Meanwhile, because it is a first of its kind, the ruling could provide guidance not only to cases in Washington, but also in any other state, such as Oregon, that uses a similar 1000-foot prohibition. 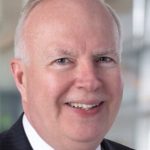 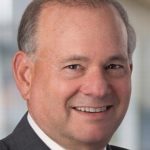 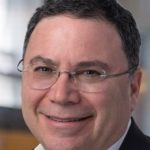 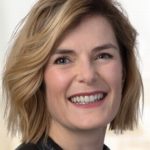