Last year in Greece, the Ancient Olympia area suffered catastrophic fires resulting in the destruction of 450,000 olive trees. Bahas, Gramatidis & Partners, with the support of donors, was able to donate 135,000 new olive trees to help the 1,770 affected farmers and their families. Led by Yanos Gramatidis, the project helped restore the economy, environment, and prestige of Ancient Olympia.

We Replant the Olive Trees of Ancient Olympia

The project "We replant the Olive Trees of Ancient Olympia" completed
with a donation of 135,000 olive trees to 1,770 farmers of the wider area of
Ancient Olympia, who were stricken by the fires of summer 2021, on the 12th
July 2022 with a heart-warming event at the Ancient Olympia’s City Hall.

The donation was achieved by the determination and resourcefulness of the
initiator of the project, Honorary President of the Hellenic American
Chamber of Commerce & Partner at Bahas, Gramatidis & Partners Law Firm,
Yanos Gramatidis, in cooperation with the "Arete Fund" and the non-profit
organization "International Relations for Culture".

Following the event, in memory of the project, the Greek Minister of
Development and Investment, Adonis Georgiadis, unveiled a marble memorial
column, with an olive tree as its central symbol, verses of the Nobel Prize
awarded Greek Poet Odysseas Elytis, and a 250 years old olive tree, while
school students, members of the Childrens’ Choir of the KDAP of Ancient
Olympia, sang the Olympic Anthem.

The event also joined: the Mayor of Ancient Olympia, Georgios Georgiopoulos,
the Governor of the Region of Western Greece, Nektarios Farmakis, the Deputy
Governor of the Region of Western Greece, Vassilis Giannopoulos, the Bishop
of Oleni, Athanasios, Community Presidents of the affected areas, the
project's sponsors, including the Founders of the Arete Fund, Steven &
Dianne de Laet and the Head of the non-profit organization "International
Relations for Culture", Zozo Lidoriki, along with a large number of people.

The event was heavily covered by national and domestic media (TV, internet,
Press) and was moderated by the journalist and classical philologist, Vicky
Flessa. 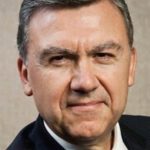 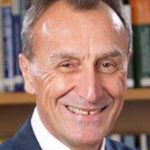 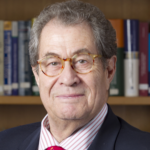