Yes. Latvia is also a member of:

There is no administrative liability for acts of corruption for companies. As coercive measures can be applied to a legal person, if a victim believes that the entire harm caused has not been compensated within the criminal proceedings, it can be then requested in accordance with civil legal procedures.

No. There is no exemption for facilitation payments under Latvian law.

Yes. Section 13 of the Law On Prevention of Conflict of Interest in Activities of Public Officials regulates restrictions on accepting gifts of a public official in fulfilling their duties, as well as when they are off duty. Within the meaning of this Law, a gift is any financial or other kind of benefits (including services, granting and transfer of rights, release from obligations, waiver of a right, and also other activities the result of which a benefit is created), the beneficiary of which directly or indirectly is the public official. Regarding the maximum limit, the Law states that be souvenirs, books, or representation articles are not deemed to be gifts if the total monetary value of those items received from one person within one year does not exceed the amount of one minimal monthly wage (in the year 2022 it is EUR 500).

Yes. Section 316 (3) of the CL states that a public official in the meaning of the CL is not only representatives of Latvian State authorities, but also officials or agents of international organizations, international parliamentary assemblies, and international courts. The CL also includes a person holding a legislative, administrative, or judicial office of a foreign state or of any its administrative unit, whether such appointed or elected. This Section also covers a person exercising a public function for a foreign state, including for any of its administrative units or public agency or public enterprise.

Yes, in cases specified in the CPL and by fulfilling the conditions specified in this law. Exceptions to trial are (1) termination of criminal proceedings, releasing a person from criminal liability (Section 379 of the CPL), (2) termination of criminal proceedings, conditionally releasing from criminal liability (Chapter 34 of the CPL), and (3) applying application of a prosecutor's penal order (Chapter 35 of the CPL). However, the possibility of non-trial resolution depends on how the offense is qualified according to the nature and harm of the threat to the interests (i.e., as a less serious crime, a serious crime, or an especially serious crime).

Yes. According to Section 70.1 of the CL, a coercive measure to a legal person can be applied if a natural person has committed the offense (1) in the interests of the legal person, (2) for the benefit of the legal person, or (3) as a result of insufficient supervision or control, acting individually or as a member of the collegial authority of the relevant legal person:

Yes, in cases specified in the CL and CPL. For example, according to Section 324 of the CL, a person who has given a bribe may be released from criminal liability if this bribe is extorted from this person or if, after the bribe has been given, they voluntarily give information about the occurrence and actively further the disclosure and investigation of the criminal offense. In addition, according to Section 410 of the CPL, the Prosecutor General may terminate criminal proceedings against a person who has substantially assisted in the disclosure of a serious or especially serious crime that is more serious or dangerous than a criminal offense committed by such person.

Yes, but only in an institution of a public person, according to the Regulation No. 630 of the Cabinet of Ministers of the Republic of Latvia “Regulations Regarding the Basic Requirements for an Internal Control System for the Prevention of Corruption and Conflict of Interest in an Institution of a Public Person.” However, it is also highly recommended to implement anti-corruption internal programs in private entities to avoid the application of coercive measures, according to the CL.

It is a defense factor. Having a compliance program (e.g., anti-corruption policy, code of ethics, etc.) is a crucial circumstance which is analysed in the proceedings as a measure taken by the legal person in order to prevent the committing of the criminal offense.

It is a defense factor. Section 21 of the CPL provides for the right to cooperation which may be expressed in (1) the selection of the simplest form of proceedings, (2) the promotion of the progress of proceedings, and (3) the disclosure of criminal offenses committed by other persons.

Yes. There are guidelines issued by the Corruption Prevention and Combating Bureau which is the leading specialised anti-corruption authority of Latvia. They are available here only in Latvian: https://www.knab.gov.lv/lv/informativie-un-metodiskie-materiali

View Responses for Other Countries 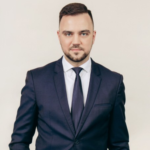