Yes. Poland is a member of:

Under Polish law, only individuals may bear criminal liability. However, the Act on Liability of Collective Entities for Acts Prohibited Under Penalty regulates issues of quasi-criminal liability of commercial companies. This Act is applicable if a person acting in the name of a company has committed one of the offenses specified in the statute (and the commencement of the offense was determined by a legally binding and final guilty verdict against the person acting in the name of the company). It must also be proven that the company gained, or could have gained, any benefit from this act, financial or not. The sanctions are a financial penalty of up to PLN 5 million, forfeiture, and prohibitions restricting the company's activities (such as the prohibition of promotion or advertising of the activity; the prohibition of benefiting from grants, subventions, or other forms of financial support with public funds; or the prohibition of bidding for public contracts).

Yes. Under the Act on Liability of Collective Entities for Acts Prohibited Under Penalty, the liability or lack of liability of a collective entity in accordance with the provisions of the Act does not exclude civil liability for damage caused, administrative liability, or the individual legal liability of the person who committed the offense. Civil liability for the damage caused means liability for compensation, the extent of which depends on the extent of the damage. Administrative liability is the legally regulated possibility of activating legal measures against a specific entity due to its actions violating administrative law, realized in the forms and procedures specific to administration. For instance, individuals convicted of a corruption offense are excluded from public procurement proceedings by virtue of the law. This exclusion also applies to corporate entities if a management or supervisory body or a partner has been convicted of a corruption offense. Corruption in business is often associated with violations of antitrust law, which can result in liability in this area.

No. Although in Polish law there is no special regulation in this regard, facilitation payments could be identified as a corruption or influence peddling offense. Pursuant to Article 230 of the CC, whoever intervenes in settling a matter in exchange for material or personal benefit or its promise by (i) asserting to have influence in a domestic or foreign organizational entity utilizing public funds, (ii) inducing another person's belief in the existence of such an influence, or (iii) assuring another person of the existence of such an influence, is subject to the penalty of deprivation of liberty. The same penalty is given to a person who provides or promises to provide a material or personal benefit in exchange for interceding in settling a matter in such institutions (Article 230a of the CC).

No regulation in Polish law indicates such limits. This behavior may be treated as corrupt conduct, regardless of its value.

Yes. Moreover, while sentencing for an offense of which the perpetrator has even indirectly gained a material benefit of substantial value, the court may impose the forfeiture of a business organization owned by the perpetrator (or, in certain cases, even one not owned by them), or a fine of its equivalent -in-value if the business organization has served to commit the crime or to conceal a material benefit gained from the crime.

No. However, the Polish Criminal Code has a so-called non-punishment clause. It is for situations where a person who gives or promises to give a benefit is not subject to a penalty if such benefit has been accepted and the perpetrator has reported this to a law enforcement authority responsible for prosecuting crimes. The perpetrator must also disclose all the substantive circumstances of the crime before the authority learns of it. This non-punishment clause refers to active bribery in public and business relations and applies only to individuals.

Yes. Under the Act on the Liability of Collective Entities for Acts Prohibited Under Penalty, a company may also be held liable for the actions of its intermediaries or third parties.

Polish law does not regulate the quasi-criminal liability of a parent company for the behavior of its subsidiary's representatives. As a rule, each company may be liable under the Act on Liability of Collective Entities for Acts Prohibited Under Penalty only for the actions of individuals acting in the name of the entity.

No. Defense in corruption cases is no different from the defense in other cases. However, the perpetrator of active bribery is not subject to a penalty in the situation described in question 11. In addition, Polish law stipulates that there is a lower penalty for corruption cases (both in public and business and influence peddling) of lesser gravity.

So far, no. However, according to the Polish Anti-Money Laundering Act, banks or other financial entities are obliged to create an anonymous whistleblowing procedure for reporting irregularities in money laundering. In Poland, the Directive of the European Parliament and of the Council of 23 October 2019 on the protection of persons who report breaches of EU law has not yet been implemented. Legislative work on a law implementing the directive is currently underway.

The Polish Criminal Code does not regulate that issue directly. However, in practice, it may be a mitigating factor. With respect to the liability of companies, according to the Act on the Liability of Collective Entities for Acts Prohibited Under Penalty, they may be held liable if the offense was committed as a result of (a) at the least a lack of due diligence in the selection or supervision of the individual who committed the offense; or (b) the company is organized in such a way that it did not prevent the commission of the offense. Therefore, having a compliance program may be a mitigation factor in proceedings against the company.

17. Could cooperation with the authorities or an internal investigation be a defense or mitigating factor?

Yes. In practice, this is a mitigating factor.

Yes, there are publicly available anti-corruption guidelines issued by the Central Anti-Corruption Bureau, a special entity responsible for addressing corruption in Poland. 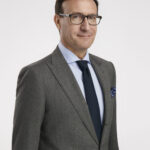 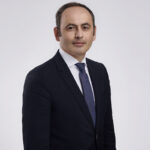