Yes. Uruguay is a member of:

No. Private corruption between individuals is not punishable.

No. Facilitation payments are forbidden in Uruguay. Public officials are prohibited from receiving or accepting the promise of gifts or payments for themselves or third parties to perform, accelerate, delay, or omit an act of their employment; an act contrary to their duties; or an act that has already been performed.

In Uruguay, no law provides comprehensive regulation of the issue. However, a series of laws contain provisions on the matter. It is a criminal offense to offer or grant, as well as to request or accept, gifts, favors, promises, or advantages to any public official or other person or entity in exchange for the performance or omission of any act in the exercise of their public functions (Article 158 BIS of our Penal Code). There are, however, regulations on gifts or retributions that are permitted. Public officials can receive gifts, invitations, etc. in the following scenarios:

Yes. Uruguayans who offer or grant money or other economic benefits to a foreign government official to enter into or facilitate an Uruguayan foreign trade business are punished. They are punished, provided that the conduct is also punished by foreign law and when the perpetrator is in Uruguay and is not required to be extradited by the authorities of the country where the crime was committed to be punished in such country.

In addition to the exception referred to in Question 8, there are other exceptions in the case of crimes committed by officials in the service of Uruguay. These exceptions include when they abuse their functions or violate the duties inherent to the position and other cases in which internal provisions or international agreements specifically provide extraterritorial reach

No. Confiscation is criminal punishment. Since companies cannot be criminally liable, confiscating their assets is impossible.

No. Nevertheless, the new Code of Criminal Procedure of Uruguay provides the existence of abbreviated proceedings that is agreed upon between the Prosecutor and the Accused, and that entails a decrease in the punishment in relation to which the Prosecutor would request in an ordinary criminal proceeding. Please note that, as stated before, companies can't be criminally liable, so these abbreviated proceedings can only apply to individuals.

Companies cannot be held criminally liable. They can be held liable under civil or administrative law for the acts of their employees.

No. Some entities require the implementation of internal anti-money laundering internal, but there are no provisions for anti-corruption.

No, the law does not establish this. Nevertheless, consider that a program's implementation might be positively valued by a judge or the competent authority in a civil or administrative proceeding.

No. See the answer to question sixteen. 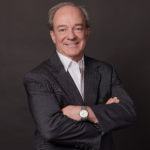 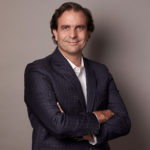