Bruchou represented one of the most important power generation companies in a lawsuit filed against the Province of Buenos Aires with the National Supreme Court of Justice (Corte Suprema de Justicia de la Nación CSJN), setting forth a strong precedent in the tax field.

The lawsuit challenged the application of gross income tax on the activity of power generation, both for the spot and term markets. The CSJN upheld the action and sustained for the first time that income linked to the term market is not subject to gross income tax.

According to this ruling, local provinces will not be able to sustain conducts interfering with the pursuit of national public interest nor justify the lack of solidarity required by the common destiny of the Nation.

Furthermore, the CSJN added that although the federal system grants both federal and provincial jurisdiction, this does not imply subordination of individual states to central government. On the contrary, it focuses on the coordination of efforts and roles directed towards the general common good, a task in which they both have a lead in the achievement of such purpose. This should not be viewed as confrontational, but rather as their union in terms of the pursuit of common purposes. 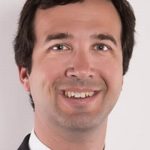 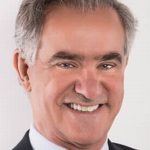