On 8 July 2020, the Presidium of the Russian Supreme Court approved a Review* on specific issues of judicial practice related to the adoption of measures by the courts to counter illegal financial transactions.

These clarifications by the Supreme Court allow Russian courts to play an active role in identifying and stopping suspicious financial transactions, which participants are trying to legalise through the Russian judicial system.

At the same time, there is a high risk that good-faith plaintiffs who are trying to recover real debts may fall under the scrutiny of judicial authorities. In this case, they will have to bear the additional burden of proof, which could mean justifying their financial ability to transfer money to a defendant. This, in turn, will require additional effort from plaintiffs and will increase the time frame of cases.

Review in a nutshell

The Supreme Court indicated that a court when considering a case has the right to involve state bodies in proceedings if evidence arises of the legalisation of illegally obtained income. In particular, the Supreme Court pointed to the possibility of involving prosecutors, tax and customs authorities, the Bank of Russia and Rosfinmonitoring.

If state authorities were not involved in a case, they have the right to file an application with the court for revising the judicial act on the basis of newly discovered circumstances, if circumstances indicate that the lawsuit’s participants violated anti-money laundering laws.

Using the example of specific cases, the Review also examined situations in which bad-faith individuals and organisations initiated lawsuits in order to legalise illegal financial transactions (i.e. to give a legitimate appearance to the possession, use and disposal of funds or other assets acquired illegally).

In particular, attempts to legalise illegal transactions were identified in disputes involving:

When considering these cases, the Supreme Court stated that the courts had noted circumstances where parties to a dispute tried to recover debts based on fictitious obligations and documents. For example, in one case regarding the recovery of a major loan, the court demanded that the plaintiff confirm that it possessed the funds allegedly transferred to the defendant as debt. The plaintiff could not do this, but at the same time the defendant did not deny the transfer of funds.

Tax and financial accounts sent to the courts by state authorities also confirmed the doubts of the courts (e.g. the debts recovered were not reflected in the tax records of the plaintiff).

As a result, the courts decided to dismiss claims, even though the defendants had recognised the fictitious debts.

According to the Supreme Court, if there are reasonable doubts about the legitimacy of a party’s intentions, a court should also not approve a settlement agreement. Neither should it accept a defendant’s acknowledgment of the claim.

During the proceedings, if signs of an economic crime are revealed, the court must report this to law-enforcement agencies.

The explanations given in the Review impose on the courts a new and not fully standard task to stop attempts to legalise funds through court decisions.

Courts are expected to pay special attention to disputes in which the plaintiff is a foreign company since these cases carry the risk of an outflow of funds from Russia.

Therefore, foreign companies should take additional care when concluding an agreement, and do the following:

In practice, we have already had to participate in disputes where a court, on its own initiative, involved Rosfinmonitoring in a case. However, carefully selected evidence convinced both the regulator and the court of the legitimacy of the foreign company’s claims. 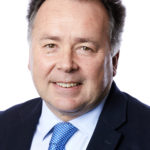 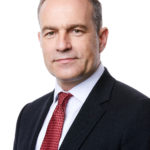